Driver in stopped car killed in fiery crash on Highway 225 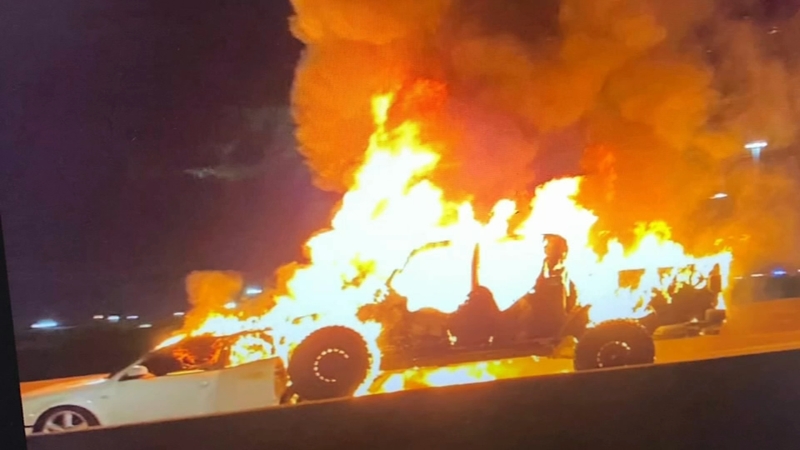 PASADENA, Texas (KTRK) -- A driver was killed in a fiery crash on Highway 225 at Beltway 8 early Thursday morning in Pasadena.

Fire officials say a car was stalled in a center lane on the westbound side of the freeway when a driver in a Jeep coming over the hill rear-ended it.

Authorities say the stopped car had its hazard lights on. The crash caused both cars to catch fire.

Massive flames consumed the vehicles. Power lines were also impacted by the fire, which made it a challenge for fire crews to quickly douse the flames.

Small explosions inside the burning vehicles could be seen at one point on Houston TranStar cameras.

According to Pasadena Chief Fire Marshal David Brannon, the man in the stalled car died.

Officials recommend that if you have trouble with your vehicle, try to make it to the side of the freeway or at least closer to a barricade to give you some kind of protection.

The subsequent closure and backup on the freeway lasted for hours as traffic was diverted onto the feeder road. It reopened at about 11 a.m.

The Jeep's driver was interviewed, treated at the scene and released.

The Pasadena Fire Department has not yet released the name of the man who died.