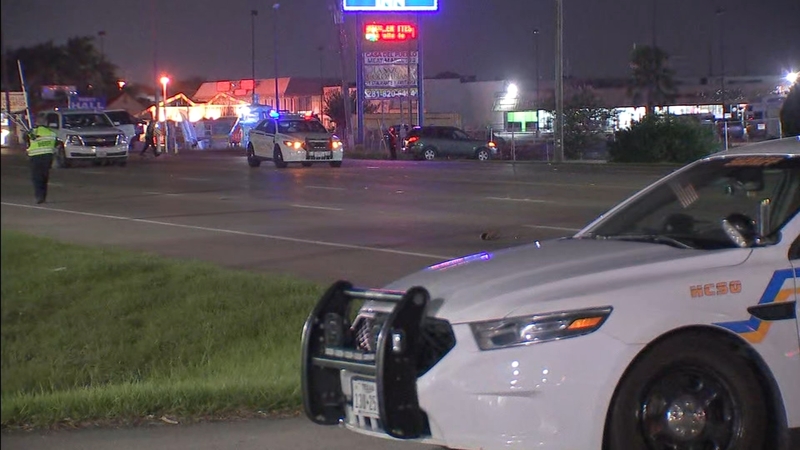 A man was hit and killed while crossing the highway in northwest Harris County, deputies say.

Deputies said the driver of a light green Hyundai Sonata was going home from Whataburger, where he works. He was in the center lane going southeast when a man in his 30s was trying to cross the street and failed to yield the right of way.

The driver of the Sonata hit the man, who deputies say was not on the crosswalk.

"The driver said that this pedestrian all of the sudden came out of nowhere," Harris County Sheriff's Office Sgt. Simon Cheng said.

Cheng said it appears the driver swerved to avoid hitting the man as he tried to cross the highway.

Investigators told ABC13 that the driver initially left the scene, but he later stopped at a nearby gas station.

"From what my investigators told me he first called his mother, then was going to call police," Sgt. Cheng said.