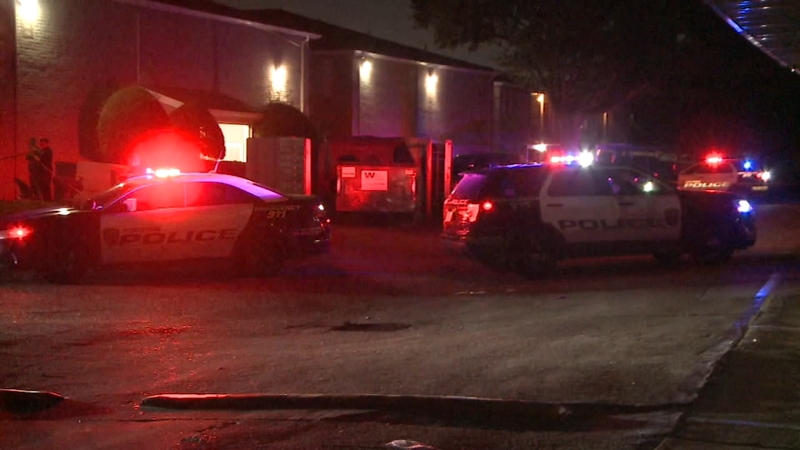 HOUSTON, Texas (KTRK) -- Neighbors are in shock after they heard gunshots and police found a man and woman shot to death in a Westchase-area apartment parking lot.

Neighbors called 911 from the apartments on Meadowglen near Rogerdale around 11:30 p.m. Monday.

Houston police showed up and found the man and woman dead in the parking lot.

Westside officers are at a shooting scene 10600 Meadowglen Ln. One adult male and one adult female were found deceased upon arrival. #hounews CC13

Police do not have information on a motive for the shooting and have yet to release details on a possible suspect.

Monday night's deadly shooting adds to the growing total of murders across the City of Houston just this year.

In 2020, 13 Investigates found murder is up more than 46% in Houston, not just because of well-known days with multiple killings, but because nearly every day brings at least one more.

The city's homicide total recently crossed 350 for this year. It's a total the Houston Police Department's homicide squad hasn't had to deal with in decades.