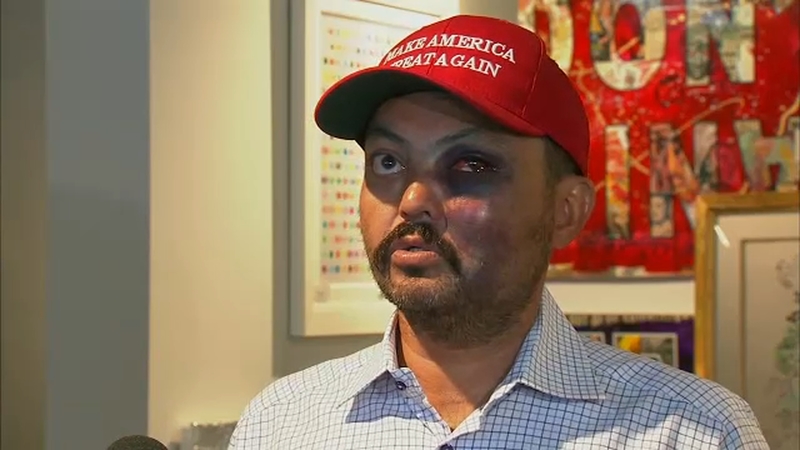 Officials said 42-year-old Jahangir Turan told police he was on Canal Street in SoHo around 6:30 p.m. Tuesday when he was struck in the head from behind. He refused medical attention.

Turan said he was leaving the N train wearing a MAGA hat when a group of teenagers yelled "F*** Trump" and attacked him.

He spoke at a press conference Thursday, detailing his recollection of the attack. He said about 15 to 18 people were involved.

"One girl flipped my hat, and within five to eight seconds, I got pushed from the back of my face, and my face hit the scaffolding pole. I got startled, I walked away," he said.

Turan, whose face was swollen and bruised at the press conference, said he's surprised police have not made arrests.

"It's kind of ridiculous to get beat up like this for wearing a hat," he said.

He said he bought the hat that day at Trump Tower and had plans to put it in his home because he believes "it's dangerous to wear a hat like this in New York City."

An investigation is ongoing. No arrests have been made.