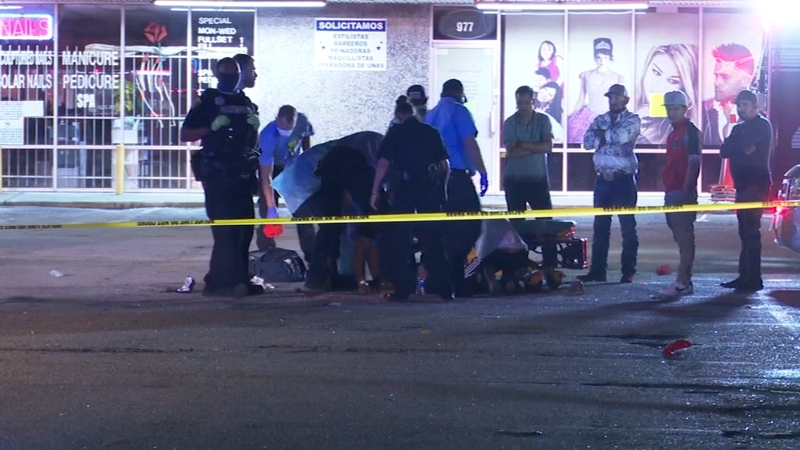 The first shooting happened outside the Luxx Bar and Lounge on Emancipation Avenue near Wentworth around 12:30 a.m.

Witnesses flagged down two police officers who were working off-duty security when they found a shooting victim lying on the sidewalk.

Before the gunfire, a fight inside the club forced staff to send customers outside. That's when the shooting started, police said.

Officers said they found a suspect believed to be involved in the shooting, as well as a weapon.

In east Houston, a 33-year-old victim was shot in the back outside the Koko Bongo nightclub in the 900 block of Federal Road, according to Houston police.

There was no word on any suspects in the Federal Road incident.

It happened around 4:30 a.m. Sunday in the same location that three people were shot on Oct. 11.