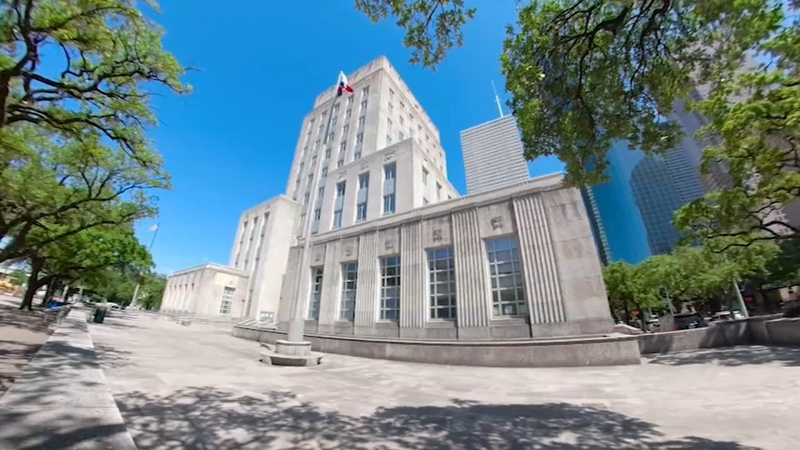 HOUSTON, Texas (KTRK) -- Does Houston's city council represent its residents? When it comes to the city's Hispanic community, the answer is, no-- now national civil rights group is planning a lawsuit.

One out of 16 of Houston's city council members is Hispanic, representing the 45% of Hispanic Houstonians.

"First, I'm proud being a Latino on city council, but then again, I'm embarrassed knowing that we're almost half the population, but yet I'm the only Latino on city council" said Robert Gallegos, who represents District I, which includes the East End, downtown, the Hobby Airport area, and parts of northeast Houston.

Gallegos has been the only Hispanic member for six years, which activists with Latino civil rights group LULAC say shows a broken system.

"We are looking at filing a federal lawsuit challenging the at large system in Houston as discriminatory and a violation of the voting rights act," said LULAC National President Domingo Garcia. "And also we're looking at gathering signatures to let the citizens of Houston decide."

Out of Houston's 16 council seats, 11 are district seats where members represent specific areas, and five are at-large positions.

"Because Houston's Latino population is less organized, less wealthy, and less influential, we don't see the outcry," said Mark Jones with Rice University. "Latinos can make a case now that because we've now had 45 elections where not a single Latino has won an at-large seat, despite representing 45% of the city population, that itself is evidence that at large districts discriminate against Latinos."

LULAC officials say they could file a lawsuit as soon as this spring.

"It's also unlikely that given this low level of representation that Latinos are being represented in areas like transportation, public safety, infrastructure," Jones said.

"My office receives calls from other districts of Hispanics that call my office for assistance and we have to direct the calls to their seats," Gallegos said.