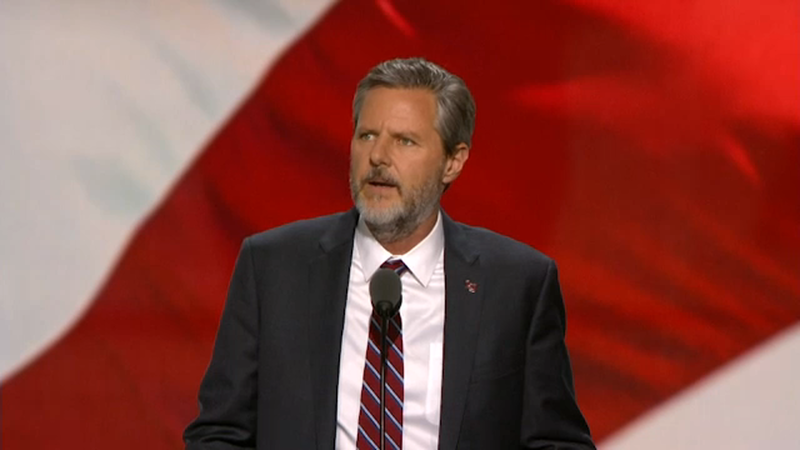 LYNCHBURG, Va. -- Liberty University president Jerry Falwell Jr. has agreed to take an 'indefinite leave of absence' as president and chancellor of the college.

The evangelical university announced Friday that, effective immediately, he would take his leave. This follows shortly after a string of controversy surrounding Falwell after he posted a photo on Instagram of himself and a woman on a yacht.

The photo showed him holding a "dark liquid" next to a woman, he claimed was his wife's assistant, both with their pants unzipped.

In an interview with a Lynchburg radio station, Falwell apologized, saying it was a joke because the woman is pregnant and could not get her shorts unzipped.

On Thursday,U.S. Rep. Mark Walker, a Republican representing North Carolina's Sixth District, and also a Music Faculty Advisory Board Member and former instructor of the university, chimed in on Twitter expressing his discontent.

As a Music Faculty Advisory Board Member and former instructor @LibertyU, I’m convinced Falwell should step down.

None of us are perfect, but students, faculty, alumni and @LUPraise deserve better.