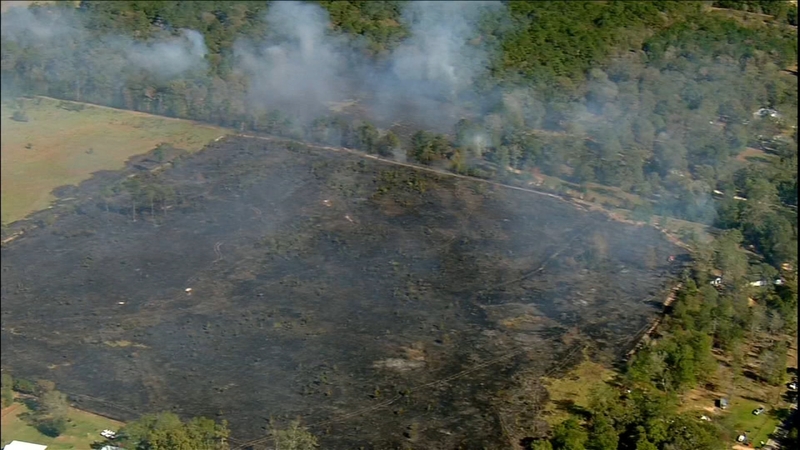 Alert: Texas A&M Forest Service is responding to a request for assistance in Liberty County on the #Liberty1109Fire. The fire is an estimated 100 acres and 0% contained. #txfire pic.twitter.com/R9KiZt9eZt

Earlier on Monday, the Liberty County Sheriff's Office had evacuated some homes that were in harm's way, according to the Montgomery County Fire Marshal's Office.

The Forest Service reported an estimated 100 acres was burning. By 3:30 p.m. Monday, authorities reported the fire was contained. Some smaller spot fires remained in the area.