TURN TO TED: Rusting washer makes clothes dirtier than before 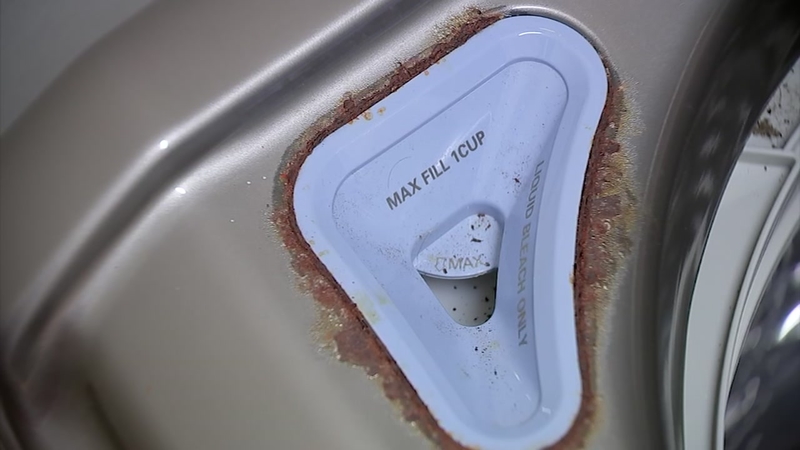 "If it's white, it turns a brownish yellow color," Moses said.

He bought two LG washer and dryer sets for his house and a rental he owns. And for about a year, the washers worked without any issue, but then it started to rust.

It formed on the edges of the corner where you pour the bleach. The rust spread all around, and as it spread, Moses says it flaked into the tub, and those flakes discolored the white wash.

"Small particles get in there and stay in the residue," Moses said.

Moses called and called, but says he always ended up on hold. Fed up with being held up, he had a new idea.

"I was getting frustrated with the issue, and finally, I said, 'Let me try ABC's Ted!'" Moses said.

Once our team got on the case, Moses says something more than rust shook loose. The company didn't call us back, but Moses says a tech showed up at the house to make the fix.

"It set the wheels in motion and they said we will send out a tech and they took care of one issue," Moses said.

As it turns out, Moses isn't alone. Unfortunately, other customers are having a similar issue. In fact, lawyers in New Jersey just filed what they hope will be a class action lawsuit. The lawsuit alleges LG "defectively manufactured the metal tops of their machines such that they being to excessively rust within a short period of time."

It was just filed November first. LG hasn't responded to it in court yet.