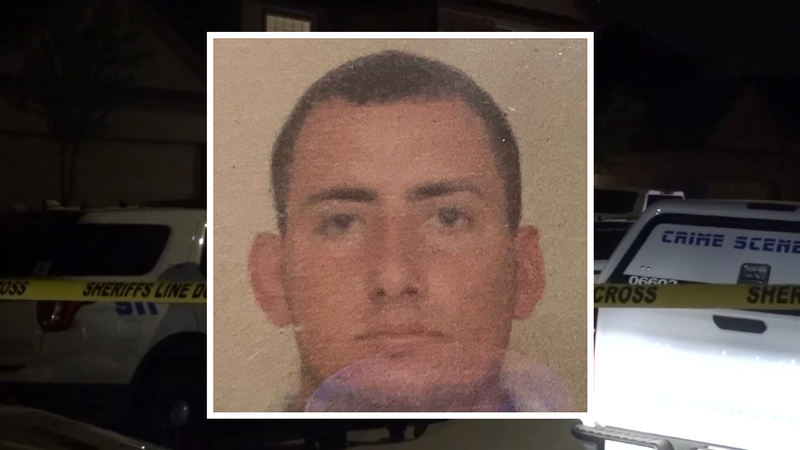 Sheriff identifies man wanted for murder of wife in Atascocita

ATASCOCITA, Texas (KTRK) -- There's an urgent search for a man who's wanted in his wife's murder in northeast Harris County.

Leonardo Pimental-Lopez, 27, is accused of stabbing his wife, 21-year-old Nelaine Castellano, to death at a home in the 17500 block of Holroyd near Merrylands in Atascocita on Tuesday night.

Harris County Sheriff Ed Gonzalez tweeted a photo of the wanted murder suspect, who is described as a Hispanic male, 5 feet tall and about 150 pounds.

Update to yesterday’s scene on Holroyd: HCSO Homicide Investigators have charged Leonardo Pimental-Lopez (27) with murder in the stabbing death of his wife Nelaine Castellano (21). Investigators urge anyone with info about his whereabouts to contact HCSO Homicide Unit at 1/3 https://t.co/exRFpimwX3 pic.twitter.com/XGiJdorwNF

He has slicked black hair and a tattoo on at least one arm, according to Gonzalez. He was last seen wearing a black shirt with floral designs and camo pants.

Gonzalez said the husband and wife, who are from Cuba, were staying with relatives at the time of the stabbing.

Investigators said there were several other people in the home at the time, including a 7-year-old. They believe the couple was fighting before the stabbing.

When deputies responded to the Atascocita home around 11:30 p.m. Tuesday for a weapons disturbance call, they found Castellano's body in the foyer. Pimental-Lopez was nowhere to be found.

Investigators said there was a fight between the couple before the deadly stabbing, though the exact details of the disagreement are unknown.

There were six other adults and one child, a 7-year-old who belongs to the homeowners, inside the home at the time of the stabbing, deputies said. Officials said none of them were witnesses.

Investigators urge anyone with information about the whereabouts of Pimental-Lopez to contact HCSO Homicide Unit at 713-274-9100.

If you see the suspect, Gonzalez said not to approach him, and instead call 911.