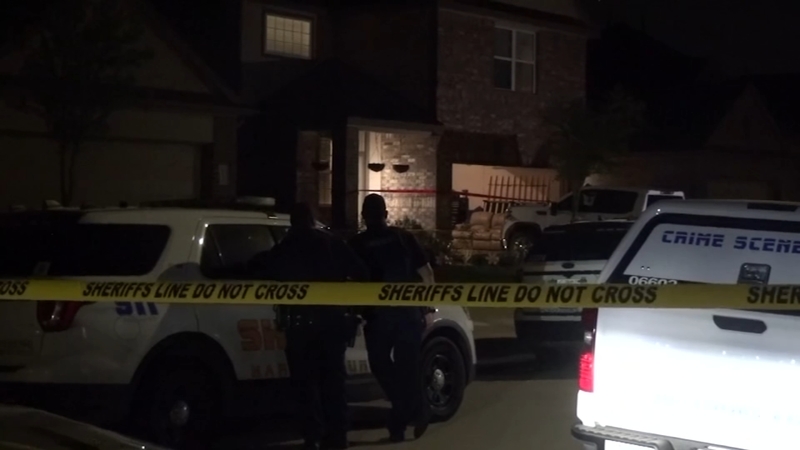 Deputies looking for man accused of stabbing wife to death

ATASCOCITA, Texas (KTRK) -- Deputies are searching for a man after his wife was stabbed to death in northeast Harris County near Lake Houston.

Harris County sheriff's deputies said a child was in the home, in the 17500 block of Holroyd near Merrylands in Atascocita, at the time of the stabbing.

The woman's body was found in the foyer of the home.

Deputies responded to the home for a weapons disturbance call around 11:30 p.m. Tuesday.

They found a woman between 20 and 22 years old, dead with a stab wound, according to investigators.

Deputies said there was a fight between the woman and her husband before the stabbing.

The husband ran off from the home, and now, there is an active search to find him.

Deputies said the couple does not own the home, and they were just staying there with relatives.

There were six other adults and one child, a 7-year-old who belongs to the homeowners, inside the home at the time of the stabbing, deputies said.

Investigators said none of them were witnesses.

"There's been a search for this individual with negative results," Sgt. Greg Pinkins said.

Deputes said it is unclear what exactly the couple was fighting about.

Update to scene on Holroyd: the suspect fled the scene on foot. He’s described as a Hispanic male, 27 years of age, 5’ 150 lbs, wearing a black flora shirt and green camouflage pants. #HouNews https://t.co/9nsmEQmyML