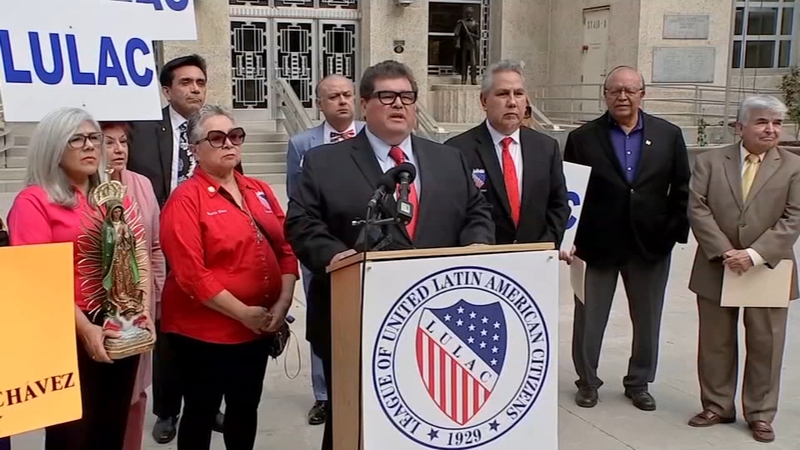 "We're here to challenge the system," said Dr. Sergio Lira, co-chair of the LULAC redistricting committee. "Those seats don't belong to them - they belong to you."

Houston LULAC District 8 and the District 18 Redistricting Task Force Committee provided their position to amend the city charter for 16 single-member districts, zero at-large positions, and one mayor form of government.

"Only through responsive, equal representation proportioned in single-member districts to the Latino population of the City of Houston can Latinos be assured of receiving parity for their tax dollars. This is achievable with key Latino leadership in local government to provide the necessary representation that identifies with the unique challenges and opportunities of the Latino Community," said LULAC National President Domingo Garcia.

Houston's city council is composed of eleven "single-member districts," which represent specific parts of the city, and five "at-large" seats that represent the entire area.

There is currently one Hispanic councilman, District I's Robert Gallegos.

The last Hispanic winner of an at-large position in Houston was Orlando Sanchez in 1999.

"The logic is, if you turn those seats into smaller, single-member districts, you'll be able to have more compact districts and larger shares of Latinos in those districts and, thereby, will elect more Latinos," said Mark Jones, Ph.D. of Rice University's Baker Institute. "It's clear Latinos aren't being elected in at-large races."

Jones says changing the city's charter and ultimately making all council seats single-member districts is possible with support from Mayor Sylvester Turner and his political allies.

We reached out to Mayor Turner's office but were told he couldn't provide a statement due to his travel schedule.

Furthermore, Jones said the time to make these changes are now, as this style of reform will soon be difficult due to redistricting.

"With the new district boundaries after the census (if it isn't done soon), it's going to be next to impossible to get it done until the end of the next decade," said Jones. "We're talking 2030s."