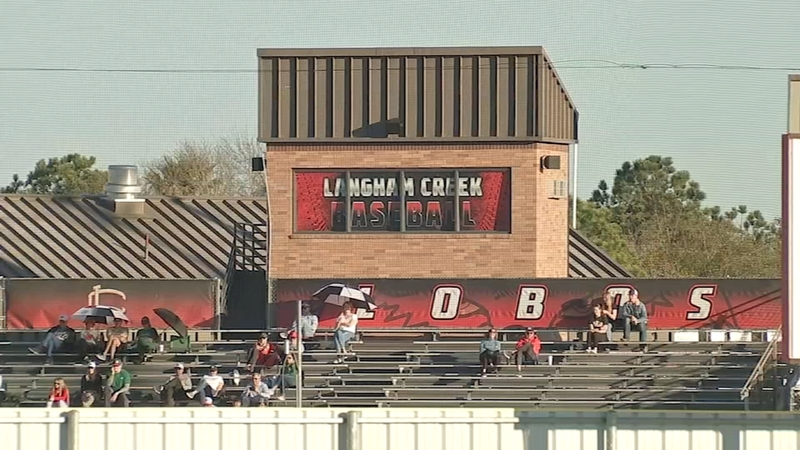 The Cypress Fairbanks Independent School District also confirmed threats were made on social media against the school on Friday.

Thursday's attack happened when four middle school students, who officials confirmed are from Aragon Middle School, were on the high school campus during baseball practice.

Michael Shott, an assistant baseball coach and physics teacher at Langham Creek High, was injured in the attack.

"He's doing fine. He's at home. He has a broken arm, but the kids said that he's doing what he's always done and he's fine," said Peggy Shott, Michael's mother. "The reason it happened to him was because he was doing his job. He stopped the kids. Well, there was only one kid at first. The reason the others came back is because they didn't like him stopping them."

On Friday, extra security was put on campus following the threats made on social media.

"They should be ashamed of themselves," added his mother, Keisha Wisniewski, after watching the video.

"She told me that there was a threat that somebody was going to come shoot up the school. So I immediately went up and got her after first period," said parent Jason Lodes, about his freshman daughter.

In response to the chain of events, Cy-Fair ISD released the following statement:

The recent safety violations that have occurred both on and off our campuses are extremely disappointing. I want to reassure you that we are taking these actions very seriously.

Our campuses must be the safest places in our community for students, staff and visitors. We will not tolerate anyone compromising the safe environment of our campuses and will address violations to the greatest extent possible.

We continue to encourage students, staff and community members to inform administrators, campus police officers or police dispatchers if they see or hear suspicious or illegal activity. The CFISD Tipline is accessible at the top of every district and campus webpage. The CFISD Police Dispatch can be reached 24/7 at 281-897-4337.

Thank you for helping us maintain and reinforce a safe and secure environment in our schools and in our community.