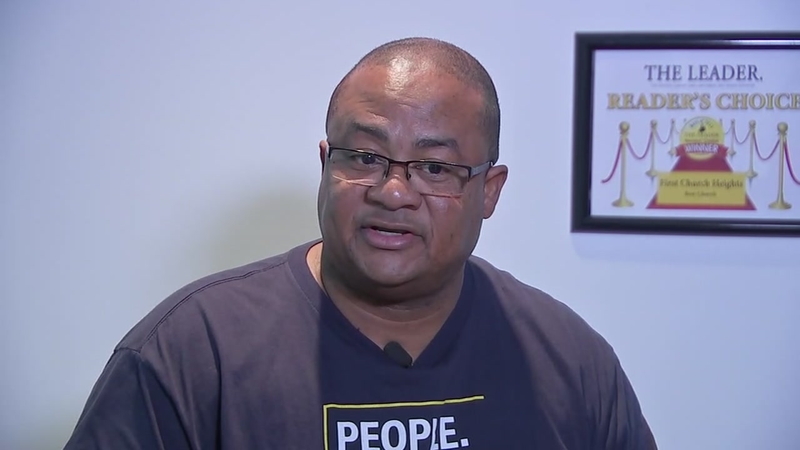 Uncle of slain Lamar HS student is fighting to save teens.

HOUSTON, Texas (KTRK) -- The shocking murder of Delindsey Mack outside Lamar High School earlier this week is hard for everyone to comprehend, especially if you are his uncle.

"It has been a little challenging, and emotional," said Steven Holloway, Mack's uncle and the founder of a youth advocacy organization.

For the first time since that shooting, a member of Mack's family is speaking publicly to the media.

Holloway, CEO of Pace Youth Programs, wants the focus not to be about his nephew's death, but about the effort to save other children's lives.

"We can't save everybody, we understand that, but we have to not throw any kid away. We just have to keep working until we get some kind of leeway into that heart and mind and let them know there are people who care and love them."

Pace Youth Programs focuses on helping at-risk kids, both those in the juvenile justice system, as well as teens with incarcerated parents. The goal, says Holloway, is to make sure more kids beat the statistics.

We met up with the passionate community advocate at First Baptist Church Heights, where some of the Pace programs are run.

"We're going to have to walk the streets, get in the schools, community centers, get the (chambers of commerce) involved. We're just going to have to get on the ground like we used to," said Holloway.

Holloway isn't alone. For years, the mayor's anti-gang office has worked directly with children who are trying to get out of gang life.

"Being involved in a gang is just a symptom of something larger going in that young person's life," said Patricia Harrington, director of the anti-gang office. "They're either getting too much of something or not enough of another."

Harrington's office offers direct case management for families and children looking for a way out of gang activity.

All those resources are important to Houston Independent School District board member Jolanda Jones.

Jones, who grew up in the Third Ward, saw violence first hand. Her own brother was killed after getting involved with the wrong people

Jones would like to see police more actively engaged in neighborhood activities, to try to earn the trust of children in areas where gang violence is common. She admits it's not easy.

"It seems counterintuitive, but I think it has to happen where the police and the community have a relationship of mutual respect," said Jones.

Young Delindsey's death has put a stark spotlight on gang-related violence. His uncle Holloway says it's every Houstonian's responsibility to reach out and try to make a difference.

"I was told of all things that can fail, love never fails. So I believe if we love our kids and continue to hug them, and keep them encouraged."

To participate in the Pace Youth Programs, click here.