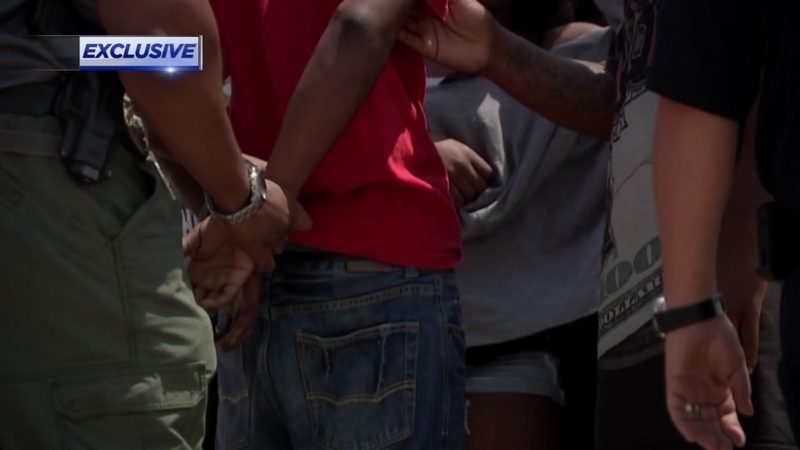 LAKE JACKSON, TX (KTRK) -- In what is normally a quiet, family neighborhood near 288 in Freeport, neighbors heard the unfamiliar sound of gunfire Tuesday afternoon.

"Yes," she answered, "we have officers on the way"

When Lake Jackson Police arrived, the found a 15-year-old boy on the front porch of the home with two bullet wounds.

They soon learned he was a burglary suspect, and the shooter was a contractor who was working at the home, painting the garage.

"All of the evidence does indicate they were acting in self defense," said Lake Jackson Police Chief Rick Park.

Park says officers found a weapon underneath the wounded boy. The contractor told police he saw that suspect point a weapon at him before he opened fire.

"Any time that you display a weapon, whether you're licensed or not," added Chief Park, "you should be aware that you may not be the only one with one."

That 15-year-old suspect survived bullets to his shoulder and hip and is in Memorial Hermann Hospital.

His alleged accomplice is in handcuffs. He is a 16-year-old arrested Wednesday for an aggravated armed robbery for a separate crime in neighboring Freeport.

"These are the same suspects in an aggravated robbery that we had back on July 29," Freeport Police Captain Raymond Garivey told Eyewitness News. "(And) We believe they're involved in another home invasion that we had. But we don't have any cooperation from the victim in that case. "

A man who identified himself as the 16-year-old's father accompanied his son to the Freeport Police station and defended him.

"Kids get falsely accused every day," he said. "We're going to fight this all the way because my son says he's innocent. I heard he's accused of a couple of different crimes but he's still innocent until proven guilty."

Both boys now face charges in two cities after what police suspect could have been an escalating crime spree.

"This is one of those situations that's of great concern to every homeowner," said Chief Park.