Man drowns at Lake Conroe after jumping from pontoon boat 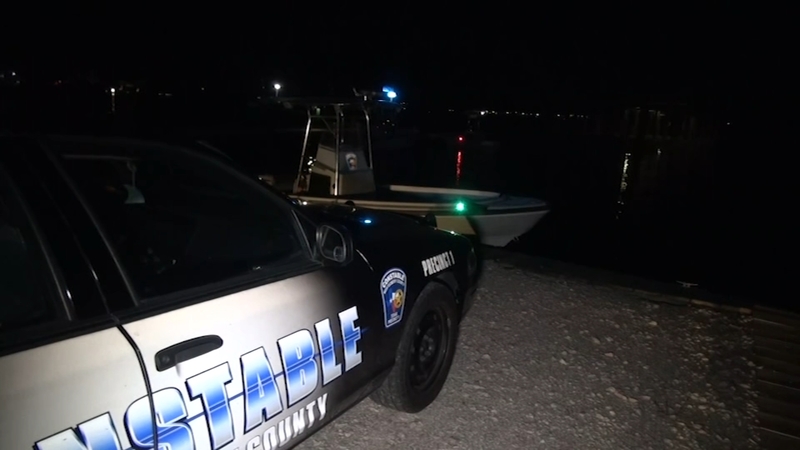 MONTGOMERY COUNTY, Texas (KTRK) -- A member of a group on board a rented pontoon boat on Lake Conroe drowned Saturday after attempting to swim before heading back to shore, authorities said.

It happened in the Adkins Creek area just north of April Sound some time before 7 p.m.

The man jumped into the water for a quick swim before the group was due to return the boat to shore, according to a statement from the Montgomery County Precinct 1 Constable's Office.

The victim became distressed while in the water, and members of the group threw flotation devices toward him to no avail. A woman from the group jumped into the water and attempted to save the man, but she was pulled under the surface and had to let go, authorities said.

Divers recovered the man's body in approximately 28 feet of water, according to deputies.

The victim, identified as 27-year-old Darius Baker of Conroe, was not wearing a life vest, authorities said.

An autopsy was ordered by Montgomery County Justice of the Peace Wayne Mack.