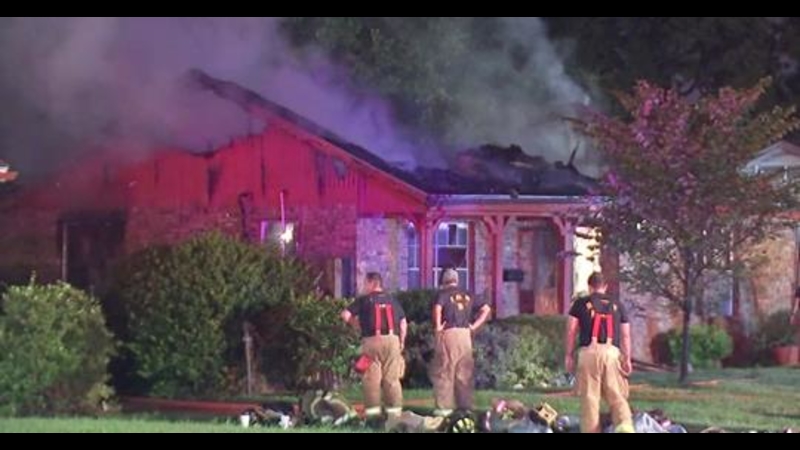 Korean War Veteran saves himself and his wife from overnight fire

HOUSTON, Texas (KTRK) -- An 88-year-old Korean War Veteran managed to save himself and his wife from the overnight flames that engulfed their northeast Houston home.

Police records show they responded to the call of a house fire at the 4700 block of Majestic Street around 3 a.m. Sunday.

By the time crews arrived at the scene, the couple had evacuated the home, according to fire captain Rudy Villasenor.

"We had fire going through the roof," said Villasenor. "They were already outside when we got here."

An elderly couple managed to escaped and overnight house fire when one of them woke up to the smell of smoke.

Homeowner, 88-year-old William Mass told Eyewitness News he woke up to a strong smell of smoke. When he got out of his bed, he went towards the bathroom and noticed there was fire on the floor.

"So I was going to pick up the water hose when I looked up the fire was coming from the attic," Mass said.

Fire officials say they consider the house is a total loss. Villasenor says a couple of rooms can be salvaged but they cannot live there.

Though the couple has lived in the house since 1956, Mass says they are blessed to have been able to get out.

"We got out. We are blessed," said Mass.