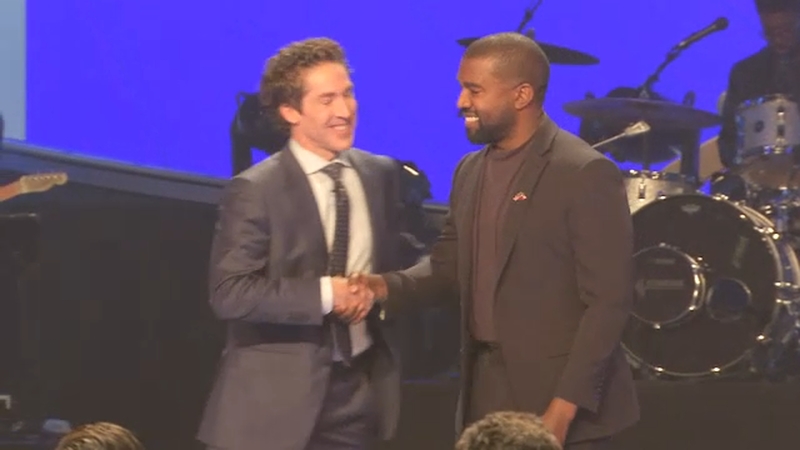 HOUSTON, Texas (KTRK) -- This may be the start of a long lasting friendship, the first steps in hip-hop star Kanye West's professed journey of faith.

West said when he's driving, he listens to classical music and to Joel Osteen. He said it was his privilege to stand in front of the congregation of Lakewood Church on Sunday morning.

Kanye West and Joel Osteen have a new found friendship based upon one common principal.

"It was really good to feel the inspiration, and to see Joel deliver his anointing in real life," West said. "I just appreciate him standing next to me so early into me being delivered."

For his part, Osteen is acutely aware of the mutual benefit. Both of them have platforms which are broad but don't necessarily always intersect.

"We're so honored to have Kanye and what he stands for and who he reaches," Osteen said. "I know he will reach people that I never reach, and so, we just feel blessed we could have this friendship."

West, alongside his wife Kim Kardashian, said this is just the beginning. He has a long way to go. And it is something for which he is thankful.

"It's fun to worship God and be of service to him, and watch him handle all these things in your life and to pray, to pray about things we would have normally worried about," West said.