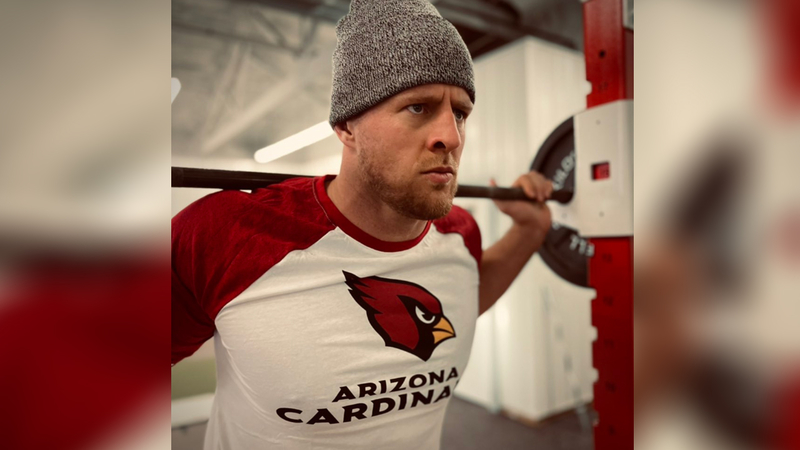 JJ Watt heading to Arizona after 10 years in Houston

Watt made the announcement by sharing a photo on Twitter:

Watt, 31, was released by the Houston Texans, who granted his request, in February, ending his 10-year run with the franchise.

Watt was drafted by the Texans in 2011 with the No. 11 pick and became the face of the franchise, winning three NFL Defensive Player of the Year awards from 2012 to '15. Watt is one of three players to win that award three times.

In 2020, Watt ranked 15th out of 119 qualified pass-rushers in pass rush win rate, according to ESPN Stats & Information. He finished the season with five sacks, two forced fumbles and an interception he returned for a touchdown.

He is coming off just his second 16-game season since 2015, as he has dealt with several season-ending injuries since then.

Watt, a five-time Pro Bowl selection and five-time first-team All-Pro, Watt was by far the most productive pass-rusher in Texans history, with 101 career sacks.

The number of times the former Texans star showed up for Houston is incalculable. See almost every landmark moment in the video above.