What fans get when JJ Watt says 'ask me anything' 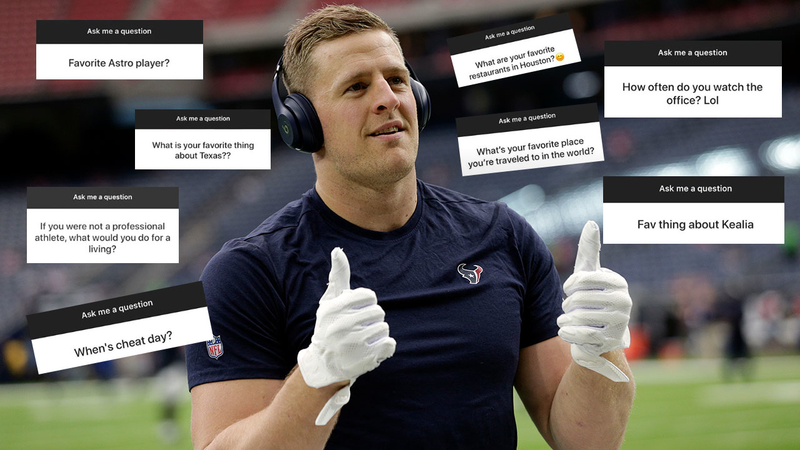 Ask him anything: JJ Watt opens floor to fans on Instagram

HOUSTON, Texas (KTRK) -- What do we already know about J.J. Watt?

We know he's charitable, that his golf game is, we'll say, on par, and Houston Dash star Kealia Ohai is his future wife.

So what more would you want to know about the Houston Texans star that isn't already out in the open?

While celebrating his grandmother's birthday, he shifted his focus to an "ask me a question" prompt, and fans took advantage.

Throughout the day, Watt answered questions on a wide range of subjects, including his health and fitness routine, his favorite thing about Texas, what he would do if he wasn't playing football, what inspires him, how he takes his coffee, and what he eats.

Here's a sampling of what he answered: