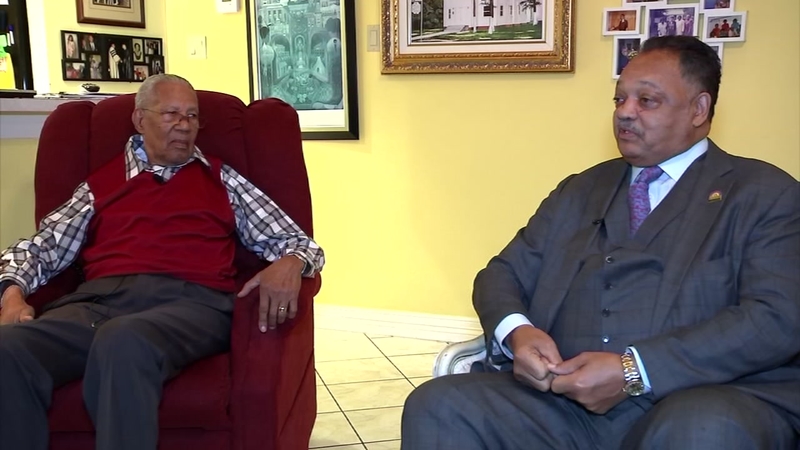 Reverend Jesse Jackson is in town for the CBC meeting, but he took some time to make a personal visit.

Lawson was one of the few local ministers willing to accept King into his church. When King asked him to come to Atlanta, Lawson refused.

"We had a small church, and I wasn't sure if I left, they could have another pastor. And there was so much going on in Houston at the time," said Lawson.

King's last visit to Houston was 50 years ago this past October, when they tried to put on a concert to raise money for his civil rights group.

"Like $10 a ticket to Aretha Franklin, Harry Belafonte, and Dr. King," said Jackson.

Six months later, King was dead. Jackson was there.

"It's one of those jarring moments in one's life that you never, never forget," said Jackson.

"This man is not just a preacher, not just a civil rights activist. This man is a prophet and I should have gone with him," said Lawson.

"He accepted the fact that we needed anchors in different places," said Jackson. "We needed key people. It was his first desire to have them close to him, but we needed to count on someone in Texas who was critical and trustworthy and intellectually prepared."