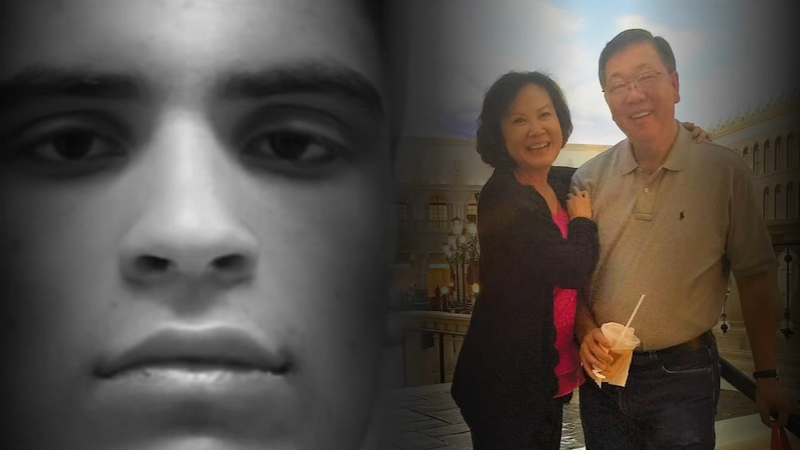 HOUSTON, Texas (KTRK) -- The son of a couple who was murdered execution style more than three years ago tells ABC13 he was shocked to learn one of the accused killers is no longer in jail.

"[It] caught me off guard, because I thought he would have stayed in jail until trial," said Rich Lam, the son of Jenny and Bao Lam, who were both 61 at the time of their murders.

It was his first taste of freedom since Jan. 2018 when Harris County Sheriff's Office investigators said Peralta and brothers Khari and Aakiel Kendrick were part of a plan to follow the Lams home to kill and rob them.

READ ALSO: Capital murder suspect out on bond after execution-style killing of couple in 2018, records show

"They came and went for two days straight. They left their bodies, just executed them," explained Lam. "They just wanted their stuff."

All three men are charged with capital murder.

Peralta was denied bond for more than three years. In August, after the Kendricks were given bonds of $350,000, Peralta was given the same.

In fact, the state and defense agreed upon it.

Wednesday night, the Harris County District Office called the bond, "a hefty sum and an appropriate amount when coupled with an array of public safety conditions."

Peralta has been ordered to 24-hour house arrest and GPS monitoring. The district attorney's office said if he breaks bond conditions, prosecutors will "immediately ask the judge to order him back into custody."

The last several years have been hard for the Lams' family and no matter the explanation, Rich Lam still does not have his parents.

"It sounds like it makes sense, but I still feel like it's not fair. It's not fair that at least one of them is out there enjoying his family," Lam said.

The Kendrick brothers remain in jail. The trials are set to start in December.