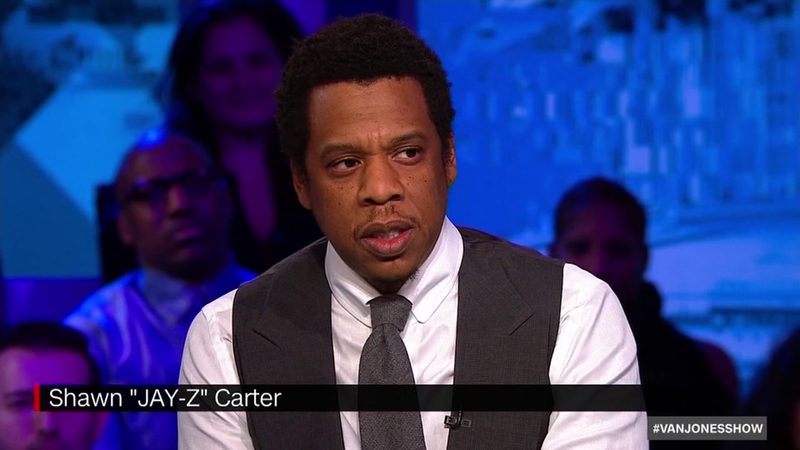 "Everyone feels anger but after the anger its real hurtful. Because its looking down at a whole population of people and it's so misinformed because these places have beautiful people and beautiful everything. This is the leader of the free world speaking like this. On the other side, this has been going on. This is how people talk, this how people talk behind closed doors," he told Van Jones.

During an interview on "The Van Jones Show" Jay-Z explained that those comments expose a larger problem of racism in America.

Trump made those comments in an Oval Office meeting, according to some of the participants, as he rejected a bipartisan immigration deal to protect DACA participants. "Why do we want all these people from s***hole countries coming here?" he reportedly told senators on January 11.

Trump fired back at Jay-Z on Twitter early Sunday morning.

"Somebody please inform Jay-Z that because of my policies, Black Unemployment has just been reported to be at the LOWEST RATE EVER RECORDED!" Trump tweeted.

Somebody please inform Jay-Z that because of my policies, Black Unemployment has just been reported to be at the LOWEST RATE EVER RECORDED!