Mystery solved! Meet the man who put up a police officer mannequin in his neighborhood 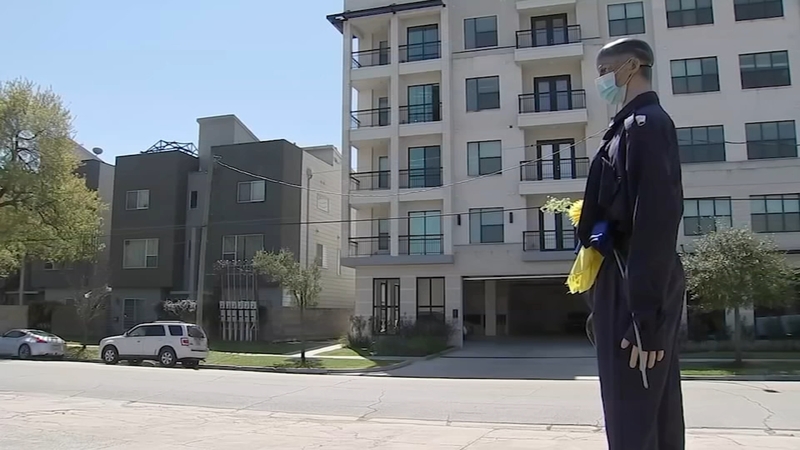 Our partners at the Houston Chronicle first reported the mysterious mannequin that nobody, at the time, knew who he was or where he came from.


You might have seen him in Houston's Third Ward near Blodgett and Crawford.

"It was just an innocent joke," laughed Jack Miller.

He and a friend put up the mannequin, who was dressed as a police officer and holding a hairdryer.

"My neighbor and I saw a toilet on the street and started texting each other as a joke. 'Well, hey, what if we just put a police officer up like a dummy with a radar gun to see if we could get people to slow down?' That turned into, 'Well, how would we even buy a mannequin?' And then as with all things, Amazon," he explained.

"It's a little creepy because the whole body comes in a big box, but the head comes in a small box, so you open the small box and you got a mannequin face staring out at you," said Miller.

It didn't take much to build him. Just a novelty police costume, a hairdryer, and a little super glue.

The idea was to stop people from speeding by. Neighbors say there have been four crashes in the area in just two years.

Some have even tried to get a four way stop sign put up a few blocks over at Jackson Street and Blodgett Street.

When that failed, the man Miller calls "Officer Blodgett" stepped up to patrol his namesake street.

"The flowers here, that wasn't us. Someone put a Ukrainian flag on it," he said. "We've seen people come by, happily slowing down to take a look, which, it was working for a while. So, that was a good thing."

Officer Blodgett was doing his job.

But, he apparently missed safety training day at the academy.

"He blew over in the storm and his head fell off. Three days later, someone came and dismantled him and piled up all the body parts on the curb," laughed Charles Irvine, who walks by on the way to and from work. "They literally took the effort to strip him of clothes and tear him apart."

"One of our coworkers said that if the pieces were still there, she would have come and gotten a foot," added another coworker.
"He's resting in pieces right now," Miller, with a smile. "I've been waiting for that pun."

Here in Houston, we've seen our share of mysterious statues.