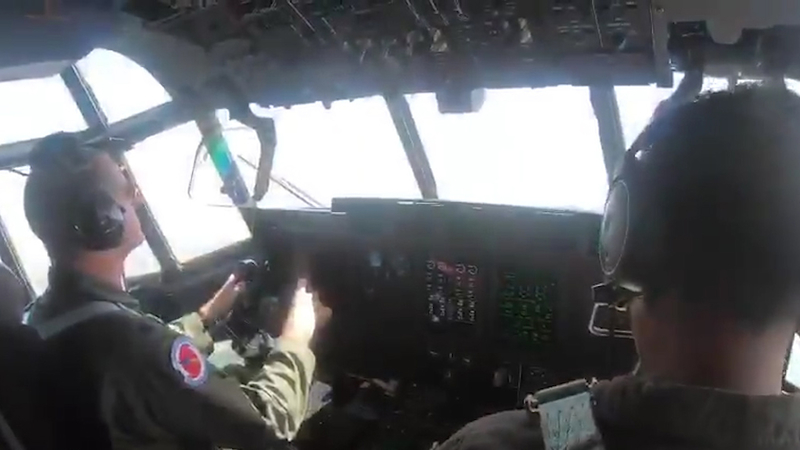 A Friday morning Hurricane Hunter mission over the Gulf of Mexico to survey Tropical Depression 22 was cut short after lightning struck the aircraft.

It happened somewhere over the Gulf of Mexico as the Lockheed WC-130J Hercules was gathering data from the disturbance.

"Safety is our utmost priority in these situations, so our mission was halted and the next is slated for this evening," the U.S. Air Force Reserve 53rd Weather Reconnaissance Squadron tweeted.

Some of you are asking about our recent mission, and, unfortunately, our aircraft was struck by lightning causing our radar systems to go down.

Safety is our utmost priority in these situations, so our mission was halted and the next is slated for this evening.

The aircraft is part of a fleet that collects data about storms to help with forecast accuracy.

As they soar through the tropical systems, the hurricane hunters drop scientific instruments known as dropwindsondes into the storm. The dropwindsondes are equipped with sensors that continuously measure pressure, humidity, temperature, and wind direction and speed as they plunge toward the sea. Additional sensors can be used to measure water temperature in the ocean.

The aircraft left Keesler Air Force Base in Mississippi overnight, but turned back around 4:45 a.m. approximately 260 miles south-southeast of Galveston, according to flight tracking data.

Friday's mission was at least the second in two days as crews tracked the disturbance, which was observed as a closed low level circulation that could strengthen to become a Tropical Storm sometime Friday.

The 53rd Weather Reconnaissance Squadron operates 10 Lockheed WC-130J aircraft, which typically fly into storms at altitudes between 500 feet and 10,000 feet.

The Air Force Reserve isn't alone in conducting survey missions. NOAA Hurricane Hunters are manned by a staff of civilians and members of the uniformed NOAA Corps. They're based in Florida and also track tropical disturbances.

While using aircraft to survey storms is a common practice, the idea may have originated in Galveston in the 1930's with an idea from Capt. W.L. Farnsworth.