Planning for the future: Homeowners consider costly changes to save houses from flooding 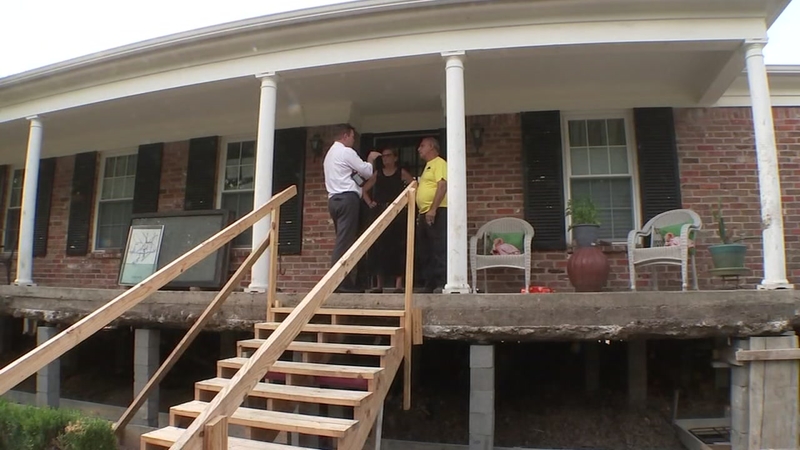 What needs to change after Harvey

The area was one of the hardest hit by the storm, with some homeowners either elevating their homes to combat flooding again or leaving the neighborhood altogether.

Homeowners and experts say there are big and small things that still need to change.

The small things include what homeowners should do right now.

"Be organized, think ahead," Meyerland resident Madelyn Kennedy said. "We kind of got complacent, and weren't as organized as we should have been. You should have your documents in one spot and take them with you. Don't leave them in the house because you might not get back in."

He says homeowners who had accurate, up-to-date documents seem to have a better chance making it through the maze of insurance and FEMA reimbursements.

"It is important to have documentation because there are many situations for people who do have insurance who submit their claim and do not receive their compensation," Findley said.

Shimon Atzil with Houston House Elevation has been working non-stop since Harvey, He is raising houses several feet in the air for homeowners who lost everything in the flood.

It can cost up to $200,000 to do this and Atzil believes it's a price even those who have not flooded may want to consider.

Bayou improvements are at the top of the list, but Sam Brody, who teaches flood risk reduction at Texas A&M, says while homeowners can make their property less flood prone, the state should take a regional approach to keeping new construction from contributing to the problem.

"It's not just these individual projects. You have to think big picture. Where are we going to put roof tops, roadways, and pavement in the future and what are the consequences of doing that upstream to downstream?" Brody said.

A multi-billion dollar bond referendum will be voted on this Saturday.

Brody says it is important because it takes entire watersheds into consideration. He also says it may be time for Texas to create a regulatory agency to manage large regions with the express purpose of reducing flood risks.

Homeowners work to prepare their homes for a future flood.