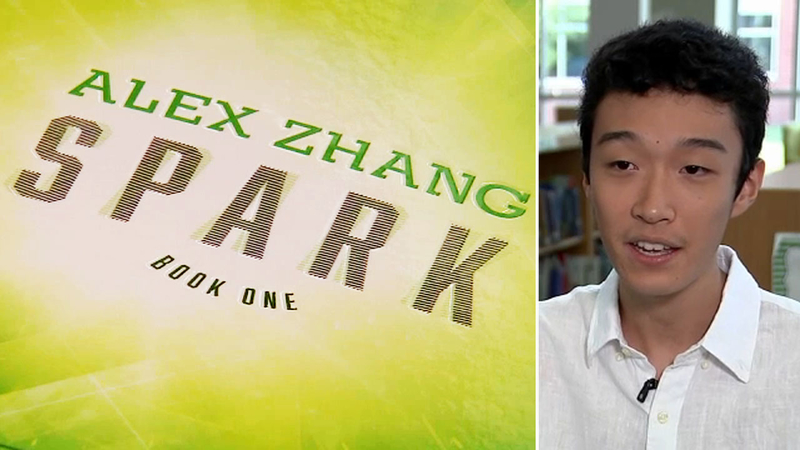 "The book is called 'Spark' and it was a kind of just a little idea I tossed around since my middle school years," Alex explained about his first published book.

That little idea was anything but. Alex, who's now a sophomore at Spring Branch Academic Institute, just pumped out a 160-page science fiction/fantasy novel that's centered around the life of a teenager.

"He's just an average high schooler. He gets dragged into an adventure as well. So, a couple of very interesting characters come up to his house and just take him on adventures through different places," Alex continued.

Longtale Publishing Group believed in Zhang's vision. With the help and encouragement of his teacher, Kelly Treleaven, his creativity became reality.

"As teachers, we love to be able to see the fruits of our labor, but it doesn't always happen in this way. To see him experience so much success and have such a writing experience at such a young age is powerful," Treleaven said.

Alex learned from the best. Treleaven wrote her own book, which will soon serve as a guide for new teachers.

"That will be out spring of 2020. It's kind of a memoir-advice hybrid. Like, I've been there before. 'I've been with you and here's my advice on what to do,'" she continued.

Zhang isn't slowing down any time soon. "Spark" is just a kick-off to a series he's starting called "Ember."

His advice to other young writers is simple.

"You shouldn't write the perfect book. There's no such thing. You just have to keep editing. Keep writing. And then when you feel you're completely satisfied, that's when you stop," he advised.

Spring Branch Academic Institute is a school for gifted students. It's a school that Alex credits to allowing his ideas to flourish.