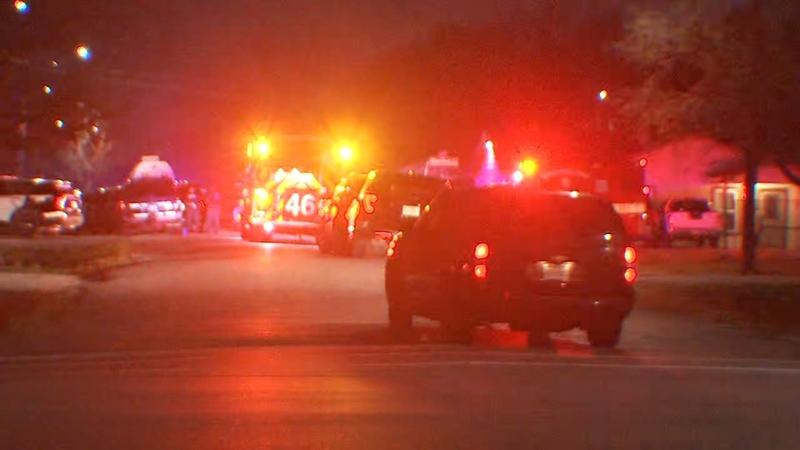 HOUSTON, Texas (KTRK) -- Police say the suspect accused of opening fire at officers from a second-floor window in a southeast Houston neighborhood is not yet a teenager.

According to Houston police, officers early Friday morning detained an 11-year-old boy in the 4300 block of Aledo Street, which is just off Bellfort Avenue and near the South Loop and Highway 288 interchange.

Officers responded to the area after the city's ShotSpotter detection system alerted them to gunfire, according to police.

RELATED: 5 dead, 2 injured in night of violence across Houston

While the officers were in the area, they could hear the whizzing sound of a bullet as it was fired, but they couldn't immediately locate the shooter, investigators said.
Police interviewed residents who live nearby in an effort to find the source of the gunfire.

The ordeal got to the point that SWAT and hostage negotiation teams were called.

When the homeowner eventually arrived in the area, the boy was called out from the home. Investigators questioned the juvenile and he was subsequently arrested and referred to juvenile probation authorities.

The child, whose identity was not disclosed due to his age, faces a charge of aggravated assault against a peace officer.