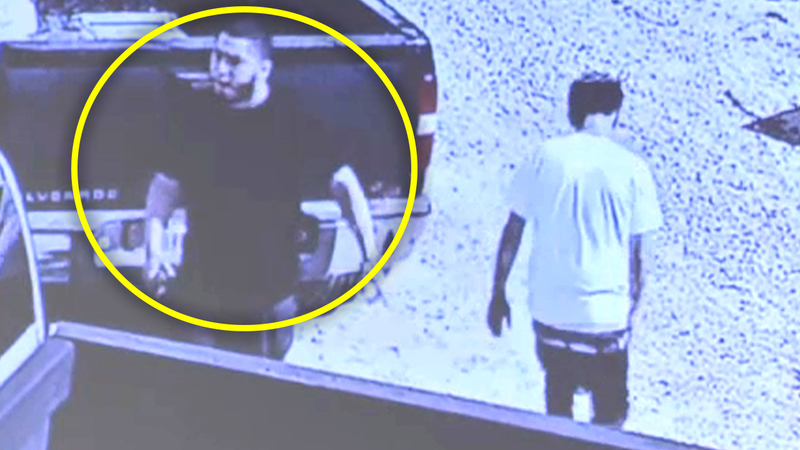 HOUSTON, Texas (KTRK) -- Just after an arrest was made in the shooting death of an HPD sergeant, Chief Art Acevedo says they have their eyes set on a separate person of interest.

During a briefing on Tuesday afternoon, Acevedo released new surveillance video showing the person of interest currently on the run.

"The video is clear," said Acevedo. "The person, when they see themselves, they know who they are, but they're going to know that other people know who this person is. We need this person in custody."

The video, which was shown twice during the briefing, shows a man wearing a dark-colored T-shirt engaged in a conversation with 24-year-old Robert Soliz. Soliz is accused of shooting and killing Sgt. Sean Rios in a gun battle on Monday.

The person of interest was seen standing next to a black pickup truck. The video, which was posted on the Houston Police Department's social media accounts almost immediately after the briefing, later shows the truck driving off.

"We need this person to come forward," said Acevedo. "He's of great interest to us, and we've got to find that individual."

The video also included a series of still photos showing the man from different angles. In one of the photos, he is seen holding a cell phone.

Still photos of the person of interest in the murder of Sgt. Sean Rios. pic.twitter.com/pW5DfQdITM

Meanwhile, Mayor Sylvester Turner urged the public to help police by submitting any information they may have.

"Any information you may have, we certainly would appreciate it," said Turner. "You're a key participant. If you see something, say something."