KTRK
HOUSTON, Texas (KTRK) -- A Houston police officer was hospitalized Saturday morning after a car slammed into a cruiser on the East Freeway.

It happened some time before 2 a.m. in the westbound lanes just west of Lockwood Drive.

Officers responded to a report of a pothole in the road and were waiting for TxDOT to arrive to make repairs when a car slammed into one of the HPD cruisers, police said.

One officer suffered cuts to the head and was taken to a hospital. Their condition wasn't immediately known Saturday morning.

The driver of the other vehicle was also transported to a hospital with minor injuries, HPD said. Investigators do not believe impairment was a factor in the crash.

The crash was the latest in a series of crashes involving police vehicles over the past month.

RELATED: Driver tries to run after slamming into Houston police cruiser, sending it into side of NW Houston home 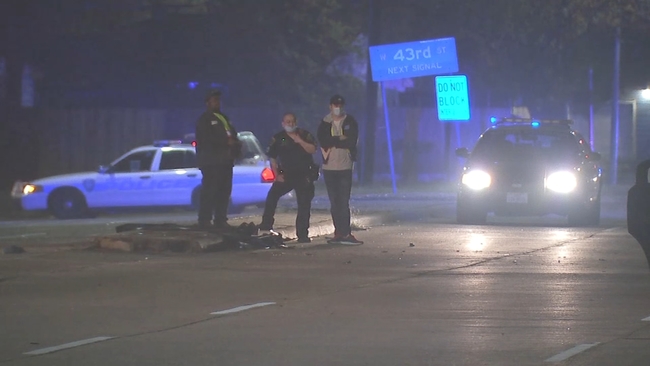 Driver tries to run after slamming into HPD cruiser