These wealthy Houstonians made noise with their political dollars 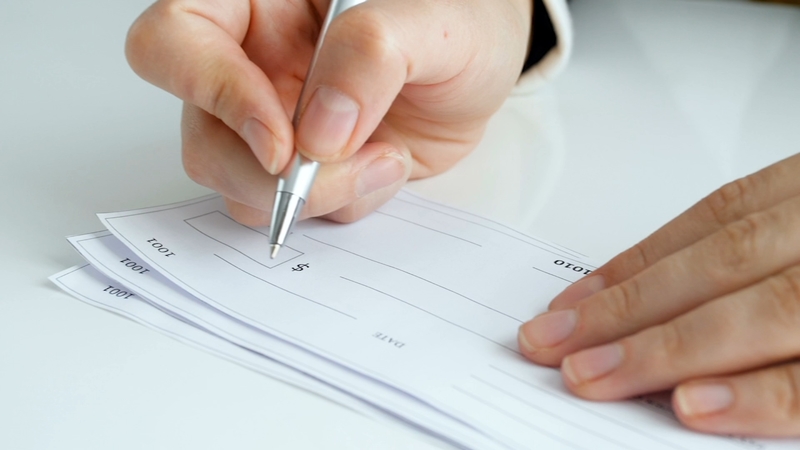 From the Houston Rockets owner Tilman Fertitta to Houston pipeline mogul Richard Kinder, we're taking a look at Houston's well-known richest and the campaigns they've donated to in the past, as the 2020 presidential election heats up.

First, records from the Federal Election Commission (FEC) show Fertitta donated to multiple Republican party campaigns - from the National Republican Senatorial Committee (NRSC) to the Republican Party of Texas and the Trump Victory campaign, with the exception of a $10,000 donation to the Arizona Democratic Party in December of 2019.

Despite the donation to President Donald Trump, who has been criticized this year for his response to the deaths of several African-Americans - including Houstonian George Floyd who died May 25 after an officer in Minneapolis held a knee on his neck for nearly eight minutes - Fertitta has shown some support for the Black Lives Matter movement. During an interview, he said "kneels" in solidarity with his players as sports players continue to demonstrate for race equality.

In an interview, he also disagreed with President Trump, who said the NBA is "like a political organization - and that's not a good thing. I don't think that's a good thing for sports or for the country."

Another one of Houston's richest, whose team made headlines for its recent call for change in support of the Black Lives Matter movement, is Janice McNair - widow of the late Houston Texans owner Robert McNair. FEC records show that in June 2019, she listed Houston's NFL team as her employer while making a $10,000 donation to the Harris County Republican Party Federal Committee.

Houston pipeline mogul Richard Kinder, who is the co-founder and executive chairman of Kinder Morgan, Inc, one of the largest energy infrastructure companies in North America, is also an active political donor.

Brener, who joined the Dynamo's ownership group as a minority investor, is also the owner of Brener International Group, LLC, a Los Angeles-based private investment firm.

There are no records of his donations in 2020, but according to the FEC, Brener made $5,600 in donations in 2019 to the Mark Kelly for Congress campaign and $5,000 to 'Giddy Up PAC.' The 'Giddy Up PAC' is a political action committee created by John Hickenlooper, the former Colorado governor, and Denver mayor. Additional receipts showed he was a strong donor to the Hillary Clinton campaign in 2016 and donated up to $106,400. He also made a $33,400 contribution to the DNC Services Corp./Democratic National Committee.

De La Hoya, the professional boxer known as "Golden Boy," made his last political campaign donation in 2012, when he gave $2,500 to the "Dan Roberti for Congress" campaign.

Silverstine is also an investor and Chairman and CEO at Stormlight Holdings in Portland, Oregon. In 2019, he made up to $13,000 in donations to three Democratic party campaigns including "Dan McCready for Congress," "Nevada State Democratic Party," and "Friends of Andrew Yang."

In the world of baseball, FEC records did not show political campaign donations from the current Houston Astros' owner Jim Crane, but a search result from October 2000 showed the Houston Astros Baseball Club made a $20,000 contribution to the RNC Republican National State Elections Committee. The team was owned by Drayton McLane at the time. McLane sold the team to Crane in 2011 for $680 million.

No records were found on political campaign donations made by Harden, the NBA All-Star, but he has been an active donor to help aid Hurricane Harvey victims.