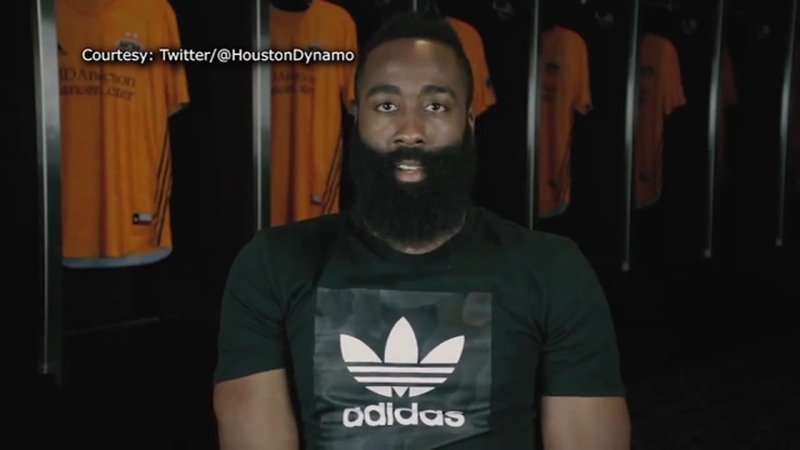 James Harden now an owner of Houston Dynamo and Dash

HOUSTON, Texas (KTRK) -- James Harden's championship aspirations are now two-fold between the court and the pitch.

The Houston Rockets star has bought in to the ownership group that controls the Houston Dynamo of the MLS and the Houston Dash of the NWSL.

According to the team, the average MLS club value has increased by 650% over the last 10 years.

"Houston is my home now, and I saw this as a way to invest in my city and expand my business interests at the same time. Soccer in general, and especially MLS, have exploded in this country throughout my lifetime. I've been a fan of the game for several years, and I know that Houston has a massive soccer fanbase, so it was an easy decision for me when this opportunity arose," Harden said in an announcement by the Dynamo.

"We are thrilled to welcome James into our club. He's an icon in the Houston community, and not only is he a great basketball player, he has an extremely smart and savvy mind for business," Brener said, who leads the ownership group.

Harden gave a peek of his aspirations on the pitch with a series of Adidas branded social media postings in Europe. He visited with Arsenal FC of the Premier League in London.

That visit drew a noticeable quote-tweet from the Dynamo.

Transfer window’s open… maybe we can work something out 🤔 https://t.co/RjJERxcMTZ