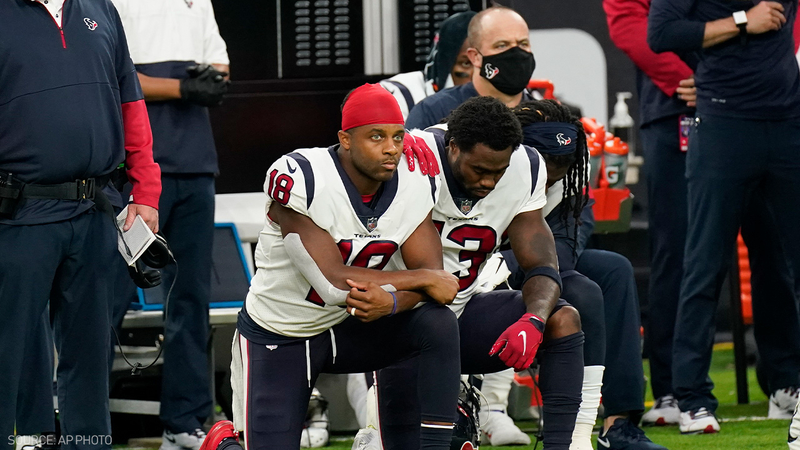 Houston Texans could host fans at this home game

HOUSTON, Texas (KTRK) -- The Houston Texans hosted the Baltimore Ravens in their home opener at NRG Stadium Sunday, and head coach Bill O'Brien was spotted kneeling during the National Anthem.

This comes more than a week after the Kansas City Chiefs and the Texans opened the NFL season, where many players were seen wearing T-shirts in support of the Black Lives Matter movement.

THE VIDEO ABOVE IS FROM A PREVIOUS STORY

At the time, NFL end zones were inscribed with two slogans: "It Takes All Of Us" on one side, "End Racism" on the other. As part of its social justice awareness initiatives, the NFL also allowed similar visuals on helmets and caps.

Meanwhile, safety Michael Thomas designed custom T-shirts with the words "Injustice against one of us is injustice against all of us." Ahead of the season opener, the shirts were sent to every player league-wide.