A massive tree fell on top of a home and car in north Harris County. ABC13's Brhe Berry shows us the damage, but it appears no one was hurt.

Harris County Sheriff Ed Gonzalez said in a tweet that authorities had received reports of a tornado touching down around the 100 block of Airway, near Airline and W. Gulf Bank in north Harris County. No injuries were reported.

ABC13 arrived at the scene and found a large tree that damaged a home and landed on top of a vehicle. A trampoline was also on its side.

It's unclear if a tornado touched down, but damaging wind gusts over 40 mph were expected with the storms.

The homeowner's stepdaughter, Brianna Johnson, was inside the home when a portion of the large tree fell over a vehicle, through the attic of the house and the living room.

Johnson said before the tree fell she was watching the news and received a tornado warning alert on her phone. Johnson said she moved from the couch to the front door when the tree limb collapsed through the roof, landing just inches where she was sitting moments before. Johnson explained how some of their damaged belongings held special sentimental value.

"Now I'm sad, you know, because, I don't know, it's like the car," Johnson said as she fought back tears and looked at the damage outside the home. "My mom passed away, so it's like so much emotion right now. I don't know what to feel."

Gonzalez said that emergency crews worked to get Johnson and her two pets out of the home, after she called 911 early Wednesday morning.

Johnson, along with her stepfather Charles Thompson, returned just a couple hours later and allowed ABC13 to walk through the debris as they assessed the damage.

"I'm pretty upset, but there's nothing you can do about stuff like this," Thompson said. "You know, weather happens."

Thompson said they do have insurance to cover most of the extensive damage to the home.

More damage was discovered at another home just two houses down from the scene on Airway.

A branch toppled onto vehicles and the street was without power.

"I just heard that big boom, so I don't know if it was a tornado or not, but it was real, real hard, the wind," resident Maria Serratos explained

In the Westfield subdivision near Fry Road and Morton Road in the Katy area, a palm tree snapped.

While we hope to not see more damage, it's possible.

Winds are expected to peak on Thursday with northwest winds at 25-35 mph and gusts up to 50 mph behind the cold front. 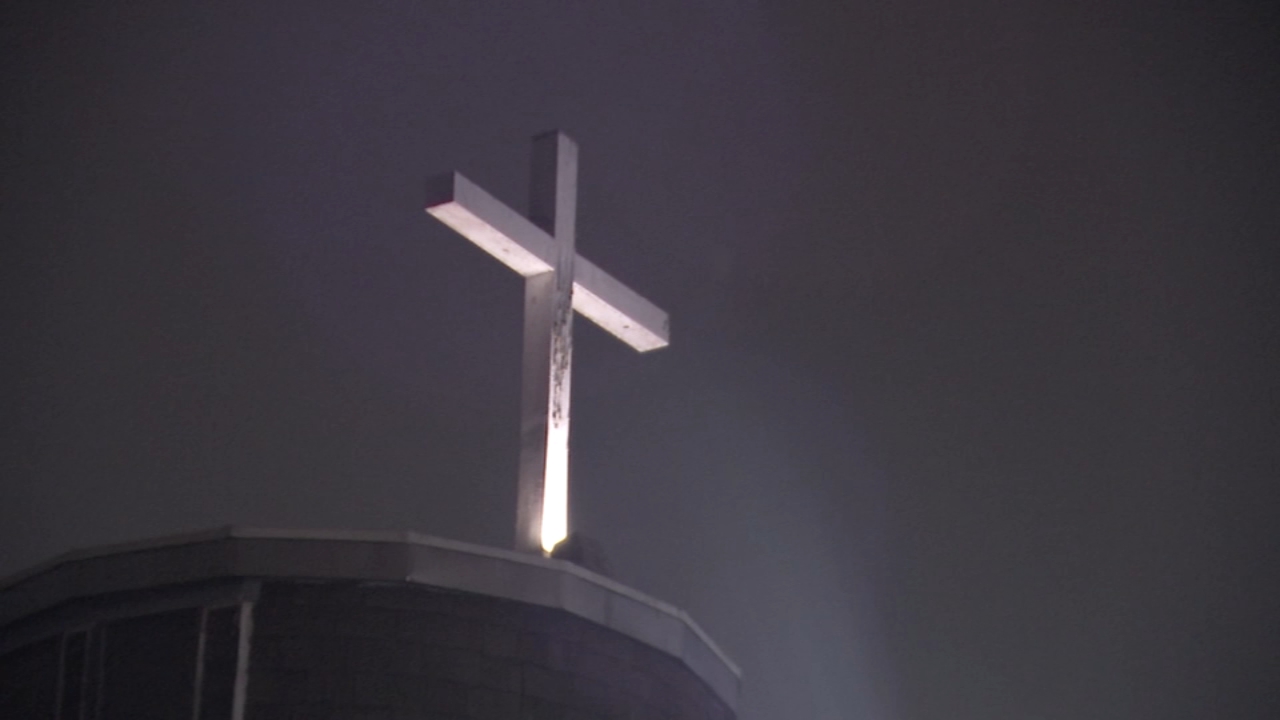