Chase out of Webster prompts closure on Houston's South Loop 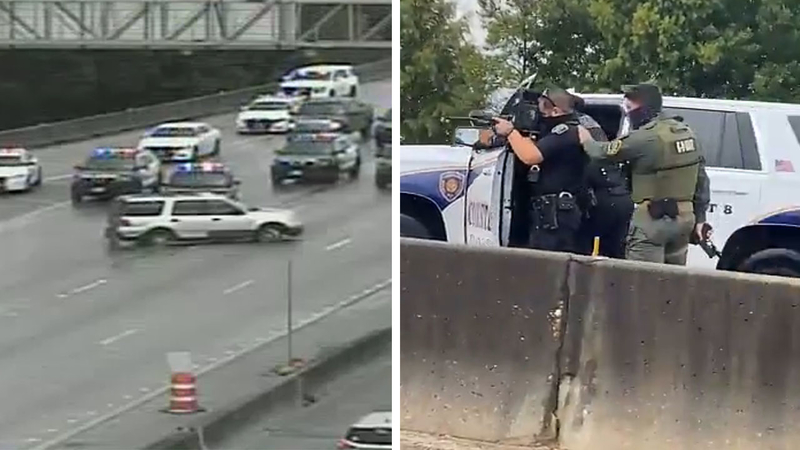 Police cause suspect to spin out during S. Loop chase

HOUSTON, Texas (KTRK) -- A driver is in custody after leading authorities on a chase out of Clear Lake, which ended up causing traffic woes Tuesday afternoon on Houston's south side.

The incident began at a Costco at 1310 Jasmine Avenue in Webster, where police were responding to a call of a suspicious vehicle. That is when a chase ensued.

As the driver led officers on a chase up the Gulf Freeway, Webster PD called Harris County Precinct 8 for help. As they tried to stop the driver, authorities used spikes to blow out the suspect's tires on the Gulf Freeway. But that wasn't the end. The chase continued, albeit at slow speeds, up to the South Loop at MLK Boulevard

Once on the South Loop, HPD's SWAT team was called out because the driver wouldn't get out of the SUV. The chase ramped up again on the South Loop, and then ended at Cullen, where a Houston police officer used a PIT maneuver to stop the suspect's vehicle.