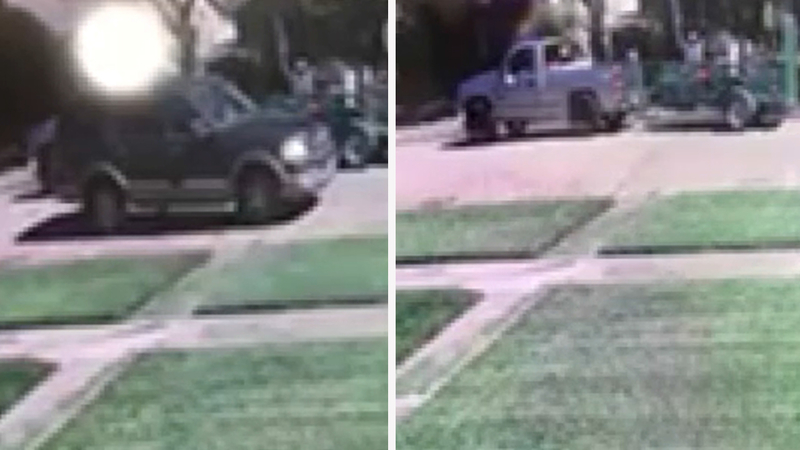 Thousands of dollars gone, along with brand new landscaping equipment.

"It looks like whoever did it, they were pros, had been doing it for a while," Pablo Covarrubias said.

It happened in front of Covarrubias' house Tuesday. His surveillance camera captured the moment an SUV pulls up, someone gets out, and then they take the truck and trailer.

"Right away we put it on Facebook, social media," Covarrubias said.

After thousands of shares, someone spotted the truck about 10 miles away at the intersection of Glenvalley Drive and Pecan Villas Drive.

Fernandez says they replaced his brand new headlights with old ones, took his sound system and busted the driver's door handle.

Fortunately, his tools in the back were locked up. They called HPD to make a report.

Fernandez had mixed emotions; while he was happy to find his truck, everything he needs to make a living is still nowhere to be found.

"Its like taking food off his table," Covarrubias said.

Fernandez is afraid he might never get his things back, but said he will still keep working and start over.