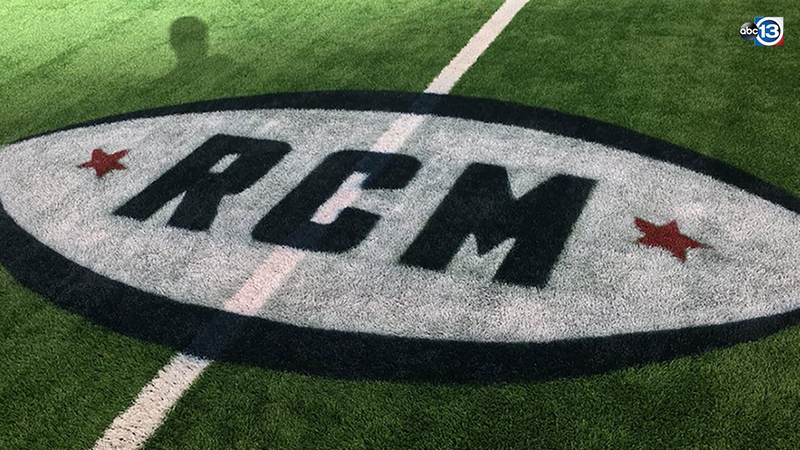 HOUSTON, Texas (KTRK) -- When the Houston Texans take on the Tennessee Titans tonight on Monday Night Football, it will likely be with heavy hearts.

Team owner Bob McNair passed away Friday after a long battle with skin cancer. He was 81.

The Texans will honor McNair during the game by wearing a decal on their helmets with his initials, RCM.

McNair's son, D. Cal McNair, released a statement this morning on his father's passing and how badly he wanted to bring a Super Bowl victory to Houston.

"A man as accomplished as my father saw few dreams go unrealized in his lifetime, but I know he would have traded a great many of them to bring a Lombardi trophy to Houston," he said. "He so deeply longed to earn a Super Bowl title for Houston as the ultimate reciprocation for the love and fulfillment this community showed him over the years."

Since McNair's death, condolences from players, fans and other NFL organizations have poured in.

Defensive star J.J. Watt said McNair gave him and so many others a chance to play football in Houston.

Houston Mayor Sylvester Turner said McNair was more than a team owner as he and his family showed generosity to many community and local philanthropic causes.

But one of the main things McNair is credited with is bringing the NFL back to Houston and being the driving force behind getting NRG Stadium built.

Don’t forget Bob McNair also was instrumental in the construction of NRG Stadium and in bringing the Super Bowl to @HoustonTX in 2017, one of the best games ever.

The players all held a moment of silence for McNair before practice on Saturday.

"Bob was a great man. Bob was a man that loved his family, he was a Christian man, he was a guy who got knocked down in life, picked himself back up. He loved Houston," said Texans Head Coach Bill O'Brien.

The Texans are going for a franchise record eight straight wins when they host the Titans.

Follow Jeff Ehling on Facebook and Twitter.
Report a correction or typo
Related topics:
sportshoustonnflhouston texanstennessee titans
Copyright © 2022 KTRK-TV. All Rights Reserved.
TOP STORIES
Daylight shows home destroyed after standoff with shooting suspect
What we know about man accused of shooting 3 HPD officers
Clouds clearing today, sunny through the weekend with rain next week
5 people charged in connection with Pct. 5 corporal's murder
How many times can I reuse my N95 mask?
Decades after TV anchor disappears, convicted rapist denies connection
Driver dies after slamming into 18-wheeler's trailer on US-59
Show More
Woman shot in the shoulder during robbery set up in SW Houston
Prepare for a major closure at I-69 and 610 West Loop this weekend
Officers escort body of corporal killed in ambush to funeral home
ABC13 obtains HPD scanner traffic of chase that led to shootout
'Tiger King' Joe Exotic resentenced to 21 years in prison
More TOP STORIES News