KTRK
Many took to social media to pay their respects to Houston Texans owner Bob McNair, who died Friday.

McNair, 81, was awarded an NFL team in 1999, which eventually became the league's 32nd franchise.

The Tampa, Florida native was a businessman, sportsman and philanthropist in Houston who returned professional football to the city in 2002.

Drafted By Houston in the third round of the 2002 NFL Draft, Fred Weary disscusses the passing of Texans owner Bob McNair.

Drafted in 2006, Owen Daniels played 8 seasons for the Houston Texans.

"Texans owner Bob McNair passes away. Texas has lost one of its legendary giants. We are better for all he has done to advance our state," Gov. Greg Abbott tweeted.

Rest In peace Robert C. “Bob” McNair, businessman and philanthropist who brought an @NFL franchise to Houston and whose legacy will include the thrills the @HoustonTexans give us every season.

We are saddened to learn of the passing of Bob McNair. We will never forget how gracious he was to us as we transitioned into ownership of the Bills. On behalf of the Bills we extend our deepest condolences to the McNair family, the Houston Texans and their fans.

My prayers are with the McNair family right now! Thank you for the opportunity to represent your team.

Very sad news — Bob loved his community, brought the NFL back to Houston, and worked tirelessly to make Texas and our nation a better place for everyone. He will be deeply missed. https://t.co/m3nerJ4QIm

Sad to hear this news. pic.twitter.com/z3kah0FQsg

Statement by former President @GeorgeHWBush on the very sad news that his dear friend Bob McNair of the @HoustonTexans passed today. pic.twitter.com/kFm5aya18J

This man changed the lives of so many people in this great city and around the country. Thank you for giving me an opportunity to fulfill my dreams and drafting me to play for this distinguished organization. Thank you Mr. McNair. Rest In Peace and God be with the McNair family. https://t.co/nKseQW61KI

May my prayers be with the Mcnair family. I will forever be grateful to Mr. Bob Mcnair for giving me a chance to live my life long dream. A true legend

Statement from NFL Commissioner Roger Goodell on the passing of Mr. McNair https://t.co/8KE0FhLa8N

Rest In Peace Bob McNair, you will be missed. God Bless. https://t.co/A5tnmhb4kf

The Seahawks are deeply saddened by the loss of Texans owner Bob McNair. Our sympathies go out to the entire McNair family and the Houston Texans organization. https://t.co/CclOAt1F3O

Rest In Peace Mr. McNair. Thank you for the opportunity you have given me and allowing me to be a part of the Texans family. My family and I will be forever grateful.

R.I.P Mr.Mcnair I wanna thank you and your family for giving me an opportunity to be apart of that great organization. I’ll never forget the 2nd time I came back to Houston and your smile was as big as mine! Thanks for everything! Major love and prayers to the Mcnair family 🙏🏾 pic.twitter.com/YsKb3dKU99

My heart is heavy tonight! Bob McNair is someone I considered a friend. He ministered to so many. Most will never know the depth and breath of his giving. Upward! Onward! pic.twitter.com/98IxzPIkj8

Gave me a shot and I ran with it.
Rest in Peace Mr. McNair pic.twitter.com/V7zP8YeSrk

RIP to Mr.Mcnair thankful for the opportunity you gave me as well as others to respresent this organizaton ! Prayers are with the family #WeAreTexans

Sorry to hear of the passing of Bob McNair. A kind and generous man, Mr. McNair was one of our first donors to the OneSC Fund to help S.C. recover from the 1000 Year Flood. Prayers going up to his wife and family during this time. #RIP #SCPride

A statement from @TilmanJFertitta on the passing of @HoustonTexans owner Bob McNair. pic.twitter.com/aEJMfIeYIm

Today we lost our friend and a great Alumnus in Mr. Bob McNair. Our Gamecock Family sends condolences to Mrs.McNair and their entire family. #ForevertoThee

Personally saddened to learn that Bob McNair has passed. He was a giant even among great persons. He was generous with his resources, but his legacy will be having led a life of integrity, service to others, and love of family and country.

Our sincerest condolences to Janice and the McNair family on the passing of Houston Texans Founder and Senior Chairman Bob McNair. #Houston #Texans.

Gabriel Brener's statement on the passing of Bob McNair. pic.twitter.com/I1Rm6vJ4ne 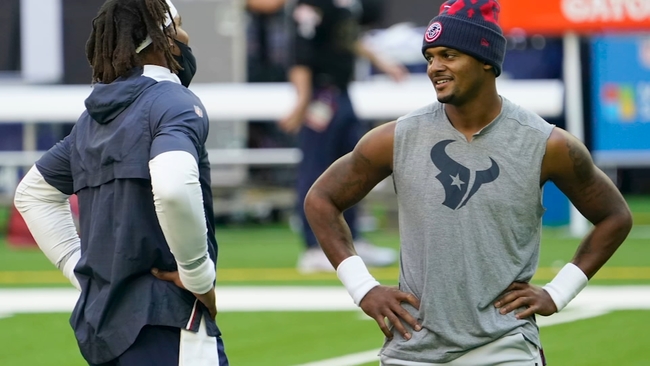 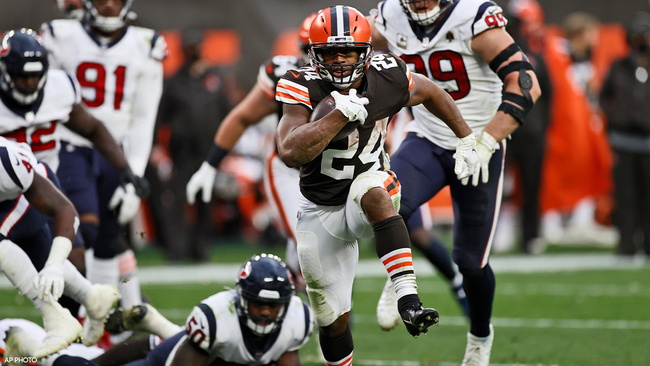