Three people died in another night of violence across the city, including a victim outside a Midtown McDonald's.

Two people were shot to death outside a Midtown McDonald's Friday night after a disturbance. It happened around 10 p.m. in the 200 block of Main Street. A group of people were riding scooters in the area and exchanged words with another group standing near a vehicle, according to Houston police. At least one of the groups opened fire, hitting two men. One of the victims died outside the McDonald's. The other victim was found on Fannin Street and was taken to a hospital. Investigators believe there may have been a female victim involved, but were still trying to locate her Saturday morning. The shooting victims were brothers, police said. There was no word on what happened to the shooter.

A fight among four men in east Houston early Saturday morning ended with one shooting death, police said. It happened around 12:30 a.m. on Lyons Street near the East Freeway. One of the men was hit by a vehicle, according to investigators. Two of the men were shot during the incident. One of the victims died at a hospital. The shooters got away in a white SUV and a white sedan, police said.

Residents of a southeast Houston neighborhood found the body of a man after hearing gunshots around midnight. It happened in the 9800 block of Fabiola Street near Blackhawk and Almeda Genoa. The victim had been shot multiple times, according to police. The suspect was believed to be driving an older model red car and was wearing a gray hoodie.

A man who tried to intervene in an argument Friday night is expected to survive after he was shot by another man, police said. It happened around 11 p.m. at a Motel 6 on West Sam Houston Parkway near Westheimer. The victim had tried to stop the shooter from harassing a woman. The man involved in the argument went to his hotel room, came back with a rifle and shot the man before driving away in a white or tan Honda Accord.

A man was hit in the head with a gun before he was shot while walking to a store in southwest Houston Friday night. It happened around 9:30 p.m. on Skyline near Unity. The victim was approached by the shooter who tried to rob him, according to Houston police. The man was shot in the leg before the shooter took off in a white car. He's expected to survive, officers said.

In addition to those incidents, two other shootings were reported overnight including one on the North Freeway at Greens. 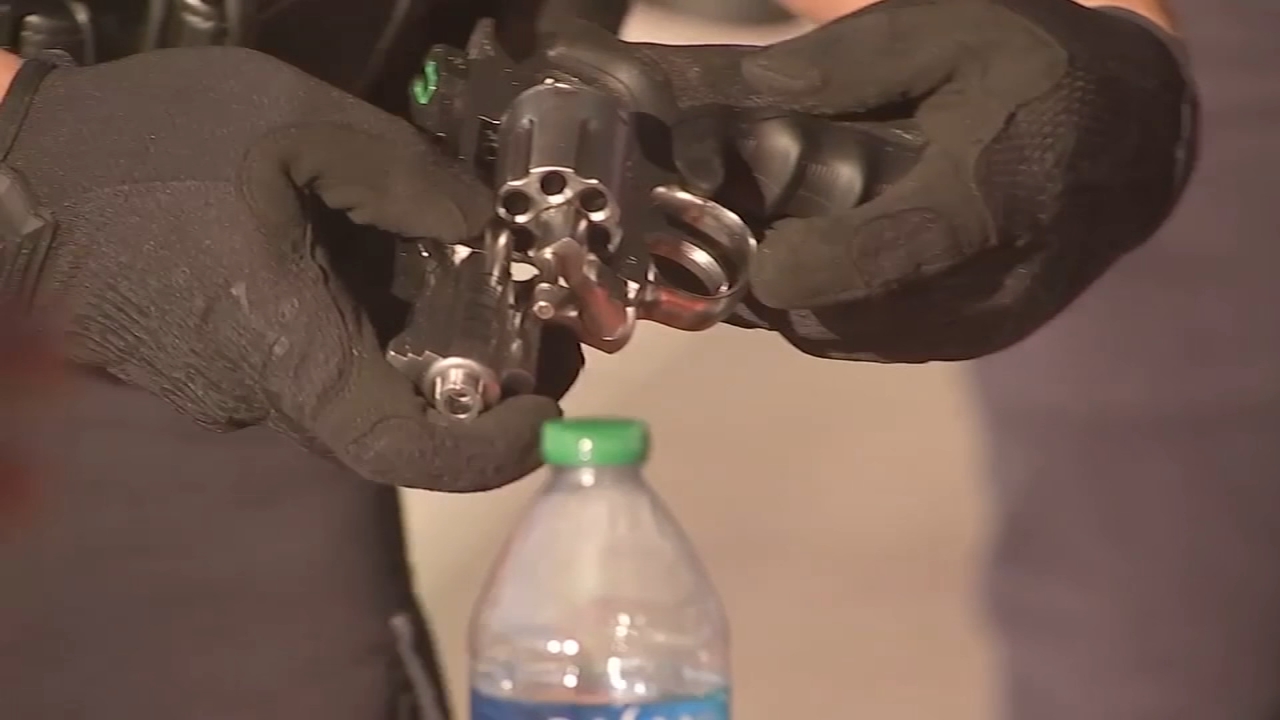 Houston's 3rd gun buyback set for next week: What you need to know