Under the ordinance, bars, nightclubs, sexually-oriented businesses, convenience stores and game rooms must have cameras outside.
KTRK
By Tom Abrahams 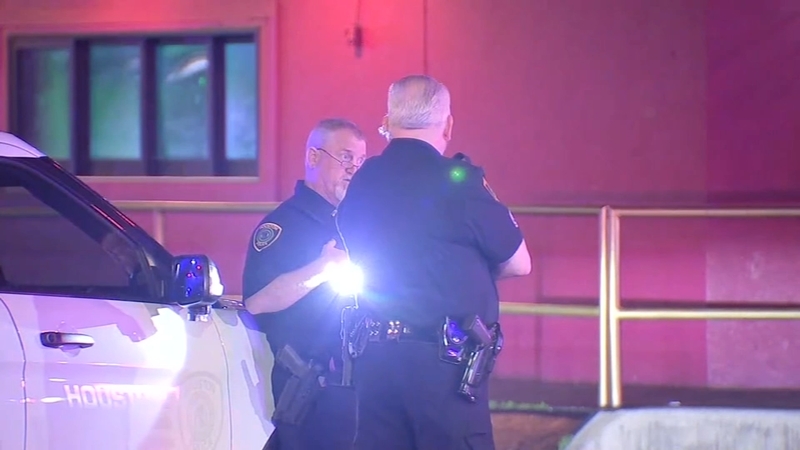 The hope is that the cameras will deter crime from happening in the first place and help solve crimes after they take place.

The businesses will have 90 days to install the cameras, which must be clear and store footage for at least 30 days.

Houston police are working on a guide handbook with more details about the requirements.

"Today, we are letting people know, if you are loitering outside of convenience stores, sexually-oriented businesses, bars, and committing crimes, we will see you on camera," Mayor Pro-tem Martha Castex-Tatum said. "And if you are committing those crimes, we will make sure that you will pay the penalty for causing a nuisance in the City of Houston."

Castex-Tatum said the ordinance passing with a 15-1 vote will answer the cries of many Houston residents.

"What we did today was let them know their safety is very important to us," Castex-Tatum said.

"If you commit a crime, you can rest assured that we will be right on your trail to get you off the street as quickly as possible," Houston Mayor Sylvester Turner said. "Not going to tolerate it in the City of Houston."

However, Third Ward Community activist Sharon Evans-Brooks said she thinks the new mandate does not go far enough and says it's more of a passive measure than a proactive one.

"You've got to have a two-pronged attack," Evans-Brooks told ABC13. "It has to be active, manned monitoring to catch crimes in progress and use it to assist in the active investigation and prosecution of these bad actors."

Council member Mike Knox was the lone vote against the ordinance, which passed 15-1. He believes it is unconstitutional, a position the ACLU shares, which condemned the move as a violation of the Fourth Amendment.

"There are ways to achieve what we want to achieve without bumping up against this imperial decision that we're going to make," Knox said. "When the government mandates things, the federal courts and the Supreme Court often reject infringement into other people's rights."

Turner reminded the public that the passage of the ordinance is an ongoing effort as part of the city's One Safe Houston plan.

Also, under the same initiative, the Harris County Bail Bond board approved a new rule just last week, which requires bondsmen to accept at least 10% of a person's bond before being released from jail.

The Harris County Bail Bond board approved a rule, requiring bondsmen to accept 10% of a person's bond before that person is released from jail.

In addition to those two recent changes, Turner said another ordinance is being prepared that deals with catalytic converter thefts.

He said the goal of the ordinance is to make it more difficult to resell a catalytic converter for the value of its precious metals.

Turner said as Houston police and city officials continue to crack down on crime, he hopes the judicial system will do its part to keep criminals behind bars.

"As HPD and others do their part, now the other parts of the judicial system, criminal justice system, must do their part," Turner said. "The worst thing we can do is arrest, then all of a sudden they go right back out on the streets of the City of Houston. We don't want that to happen."

Catalytic converters contain 3 types of precious metals rhodium, palladium and platinum that can cost up to $20,000 per ounce if sold.