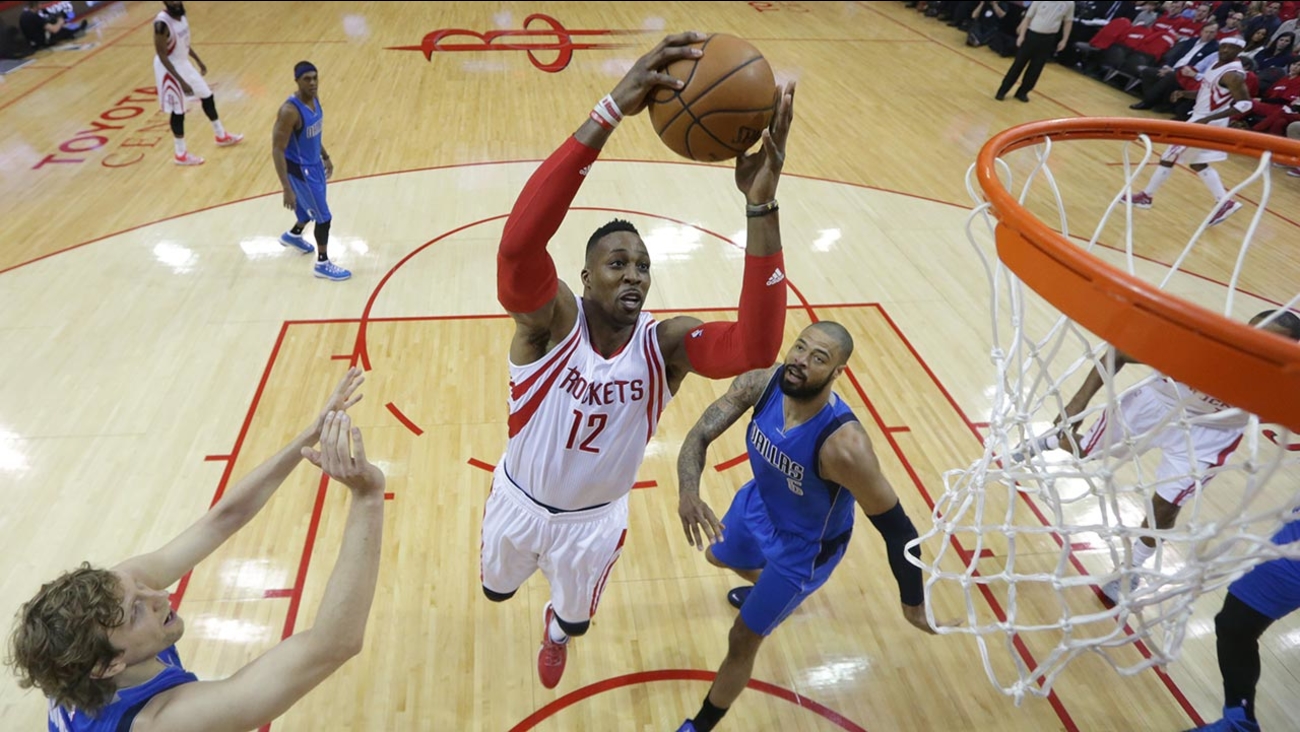 HOUSTON -- James Harden had 24 points and Corey Brewer scored 13 of his 15 points in the fourth quarter to lead the Houston Rockets to a 118-108 victory over the Dallas Mavericks on Saturday night in Game 1 of their Western Conference series.

Brewer made three 3-pointers in about 3 minutes in the fourth to keep the Mavericks at bay. He added another three points when he made a layup and a free throw to give Houston a 109-95 lead with 3 minutes left.

Houston won the opener in the best-of-seven series after losing both home games last season in a first-round loss to Portland. Game 2 is Tuesday night in Houston.

Dirk Nowitzki had 24 points for the Mavericks. They are in the playoffs for the 14th time in the last 15 seasons.

The Rockets also got a big game from Jason Terry, who spent eight seasons with the Mavericks. The 37-year-old, starting with Patrick Beverley out following wrist surgery, finished with 16 points.

It's the third time these in-state rivals have met in the postseason and the first time since Dallas won the first-round series in 2005.

Former Rocket Chandler Parsons, who returned after missing the last six regular-season games with a knee injury, had 10 points and six rebounds for Dallas.

Nowitzki got Dallas within seven with a basket with about 9 minutes left, but Brewer made a 3-pointer as the shot clock expired to make it 93-83. Dallas was down by six a couple of minutes later when Brewer struck again, capping a 5-0 run with another 3-pointer to make it 100-89.

The Mavericks scored four quick points before Brewer sunk his third 3-pointer of the quarter to stretch the lead to 103-93.

Dallas wrapped up the third quarter with seven points in a row to cut the lead to 84-77 entering the fourth. Ellis made a 3-pointer at the buzzer before falling onto the lap of a fan on the front row to end that run.

Houston scored the first six points of the third quarter before a 3-pointer by Nowitzki. He was fouled on the play by Terry and made the free throw to get Dallas within 65-59.

A 3-pointer by Ellis cut the lead to five points soon after that, but the Rockets responded with an 11-2 run, with two 3-pointers from Terry, to make it 78-64 midway through the third.

The Mavericks trailed by 13 before scoring the first six points of the second quarter to cut the lead to 33-25.

Smith's alley-oop dunk left Houston up by nine before the Mavericks used a 14-3 spurt to take a 42-40 lead with about 4 minutes left in the first half. Chandler and Nowitzki made four points apiece in that run and Rajon Rondo capped it with a basket as the Mavericks took advantage of three turnovers by Houston. Rondo didn't score in the first quarter before scoring 11 in the second.

The Rockets had regained a two-point lead soon after that, before Rondo scored the first five points of a 7-2 run that gave Dallas a 53-50 lead.

Houston closed out the first half with five straight points to lead 59-55 at halftime.

Mavericks: F Charlie Villanueva played in his first playoff game on Saturday night after appearing 594 regular-season games without reaching the postseason, which was the longest such streak in the NBA. ... Richard Jefferson received a flagrant 1 foul in the second quarter. ... Chandler finished with 18 rebounds and 11 points.