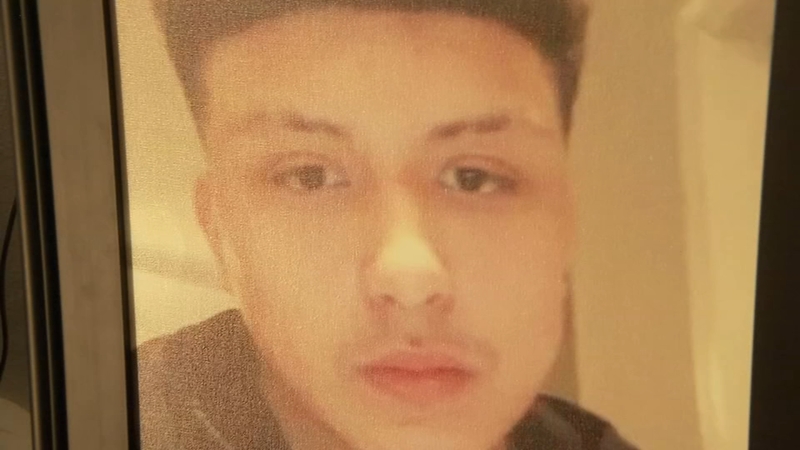 HOUSTON, Texas (KTRK) -- On June 29, someone shot and killed 17-year-old Xavier Portillo while he was in a car at the intersection of Beechnut and Boone Road in southwest Houston. Now, investigators are looking into the case as another possible instance of deadly road rage.

Xavier's mom, Perla, said her son and two of his friends were leaving a taco truck, which was one of their family's favorites. It's less than five minutes from where they live, but that night, the rising Elsik High School senior never made it home.

A bullet shot straight through those promises when Xavier was killed while sitting in the backseat of a friend's SUV.

Now, only questions remain for his family.

"When I see cars or when I see the lights, I kind of shut down," Perla said. "I just try to figure out what was his last word. What did he feel? What triggered it? I just can't be myself."

Xavier was her oldest child. He loved dogs and cars, but he died before getting the chance to own one.

"Instead of me getting money to celebrate his 18th birthday, or earning money to get him a car, all the savings and people that helped me were for his funeral and his burial," Perla said.

She said her purpose now is to bring her family peace. She's asking anyone who saw the shooting around 12:40 a.m. on Tuesday, June 29, to call Houston police.

"Maybe, if they touch their heart and think about the fact that it can be your kid, your grandson, your brother, your nephew, and you want justice for that person... to come out and speak," said Perla. "That's not going to bring him back, but it's going to give me a little bit of peace knowing they're not going to hurt [anybody] else. He's never coming back."