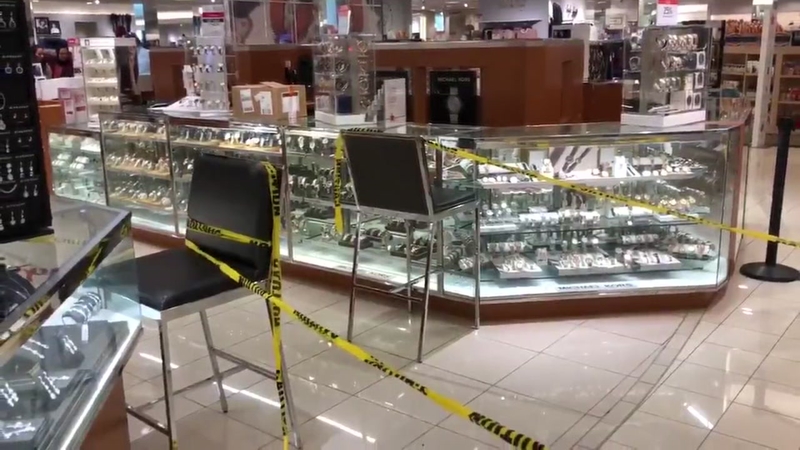 Macy's targeted by smash and grab suspects in The Galleria

According to Houston police, officers are investigating a smash and grab heist that took place on the second floor of a store around 1:10 p.m. Wednesday.

That part of the store was also taped off.

Police tape off jewelry cases inside Galleria after heist

Police said the suspects are male, but no other description was immediately disclosed. It's also not known what was taken.

HPD also advised anyone heading to the Galleria area to expect delays.

We've got a number of officers in & outside the Galleria Mall at 5085 Westheimer searching for at least two male suspects involved in a smash and grab robbery at a business on the second floor. No one injured. Incident reported about 1:10 pm. Expect delays in the area. #hounews