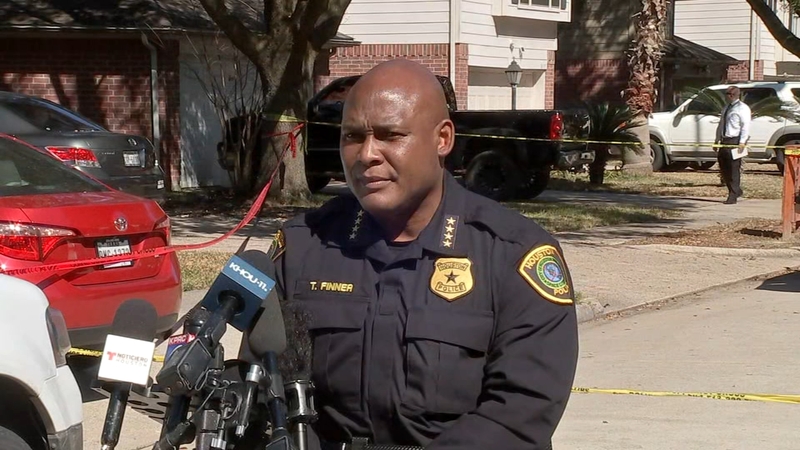 HOUSTON, Texas (KTRK) -- Houston police officers shot a robbery suspect who they say opened fire on them during an arrest attempt Monday morning.

At about 10:45 a.m., officers went to serve a felony arrest warrant in the 800 block of Oak West Drive. They say a man there was wanted for aggravated robbery.

HPD officials say preliminary information from the scene is that the suspect began shooting at officers, who fired back. The man was hit, and Houston police later confirmed that he died. His identity has not been released while family members are being notified of his death.

HPD Commanders & PIO responding to an officer-involved shooting in the 800 block of Oak West Drive.

Preliminary information is officers were attempting to arrest a male robbery suspect about 10:45 a.m. He began shooting at officers who returned fire, striking him.#hounews pic.twitter.com/jqpA1eHlnB

Houston Police Chief Troy Finner said the man was sitting in his car in the driveway when the officers pulled up in front of the residence in a marked vehicle and he immediately began firing before the officers got out of the car.

"Nobody knows what's going on in somebody's head, but I know that somehow the violence, it has to cease," Finner stressed.

The officers were not hurt, Finner said. They will be placed on administrative leave during the investigation. At least one HPD vehicle was hit by gunfire, according to Finner.