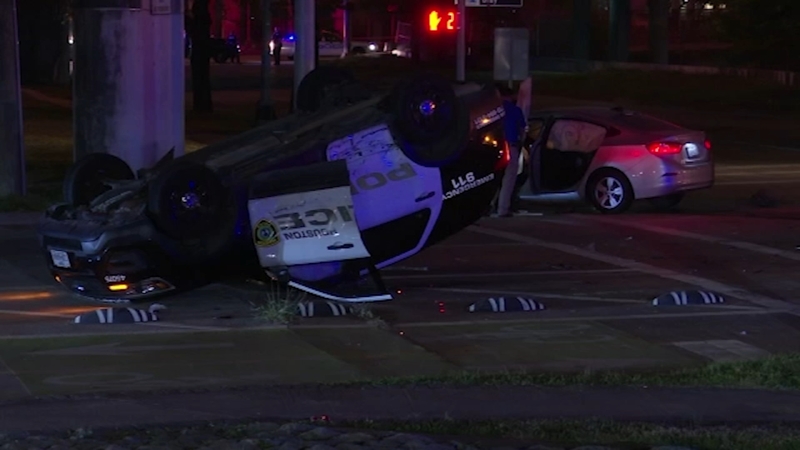 Authorities say that around 1:20 a.m., a driver ran a red light and hit the officer's patrol car on Gray and Hamilton.

The driver ran off and remains on the run.

The officer was taken to the hospital.

Monday's crash marks the seventh involving first responders in one week. A crash has occurred nearly every day since last Tuesday.

Over the weekend, a SUV driver believed to have been impaired was taken into custody after slamming into a Houston Fire Department ambulance.

Two firefighters suffered minor injuries, but were transported to the hospital as a precaution.

The crew was returning from a call Sunday morning. As they were backing into the station, an SUV slammed into the ambulance on Bellaire Boulevard.

One of the officers was on the way to a family disturbance call when someone ran a stop sign, HPD said.