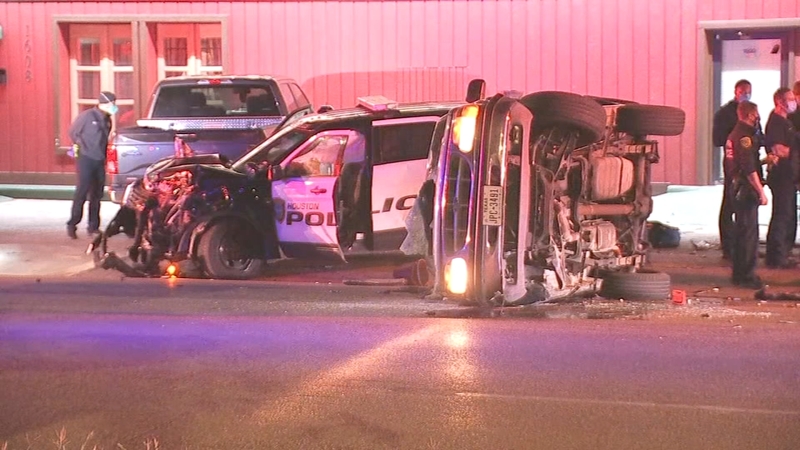 HOUSTON, Texas (KTRK) -- A pair of Houston police officers were involved in separate crashes overnight in west Houston and The Heights.

The first crash happened at the intersection of Westheimer and the West Beltway when an HPD SUV collided with a civilian car. No major injuries were reported in that accident.

An hour later, a much more serious crash ocurred at the intersection of Shepherd and Inker.

A Houston police officer was on their way to a family disturbance call when a civilian driver ran a stop sign and collided with the cruiser, according to police. The crash rolled the civilian's vehicle onto its side.

The officer was not driving with emergency lights or a siren, but was trying to get to the scene quickly, HPD said. The driver of the other vehicle suffered a cut to their head.