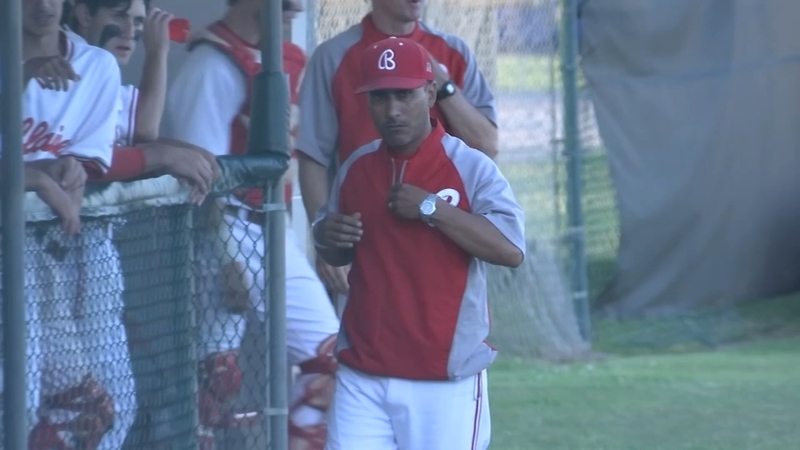 BELLAIRE, Texas (KTRK) -- Some Westbury parents and activists across the community call for the termination of a long-time Houston ISD high school baseball coach, following allegations of racist taunts made by Bellaire players at a Westbury baseball game last week.

The HISD spokesperson says they'll report to another HISD location for work each day. They do not report to Bellaire High School and are not coaching the baseball team.

"He's so enraged that the baseball coach from Bellaire high school would not stop this. Not do anything, and not even apologize to the Westbury baseball team and coaching staff is what upset these African American parents," said Quanell X with the New Black Panther organization.

Quanell X says the parents wanted the coach to suspend the player accused of making the sounds immediately. They hoped Coach Nick Ozuna would send a clear message to other players.

"It is the district's responsibility to do their part to ensure that this type of behavior, this type of insensitivity that's happening, does not happen again," said Dr. Matthews with the Rainbow Push Coalition.

While some call for Coach Ozuna's termination, others stand by him.

"I think once he gets a chance to speak and put out his side of the story, I think we'll all see that it's undeserved," said a Bellaire community member who says Ozuna has coached his child, Steven Karpas. "He's been with Bellaire High School, as a coach, for 18 plus years and has never displayed this kind of behavior."

Just in: The Cardinal Baseball Booster Club President Terry Yates says “Out of respect to the process, we will not be specifically responding to the false and slanderous vitriol being spewed by certain individuals and organizations…” (1/2) @abc13houston

The Bellaire baseball team booster president said he would not comment on the false allegations out of respect for the process and said they expect this matter to be thoroughly investigated and resolved.

The long-time head baseball coach for Bellaire High School is on paid leave following allegations of racist taunts by some of his players.