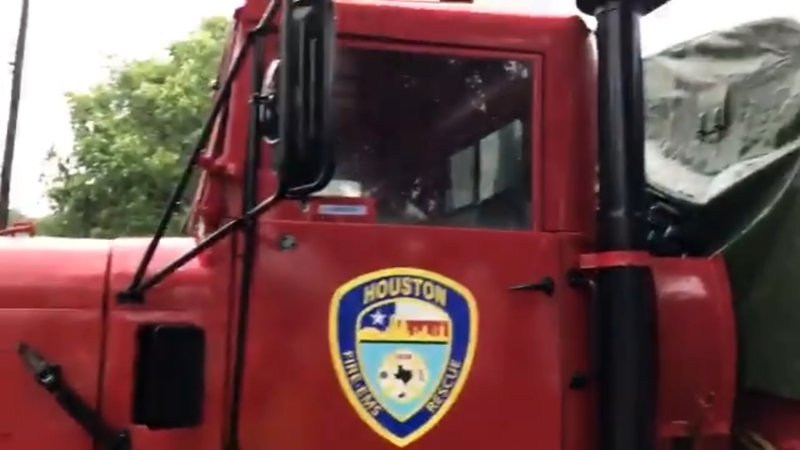 HOUSTON, Texas (KTRK) -- A suspect accused of shooting a Houston firefighter with a pellet gun has been arrested, according to police.

Firefighters were responding to a fire at a storage unit just before noon on Friday in the 12400 block of Fondren Road when one of them was shot in the back with a pellet gun, HFD said.

The firefighter was taken to the hospital for observation and released shortly after.

One of two people inside the storage unit when firefighters arrived broke the windows of the fire truck and damaged the interior, authorities said.