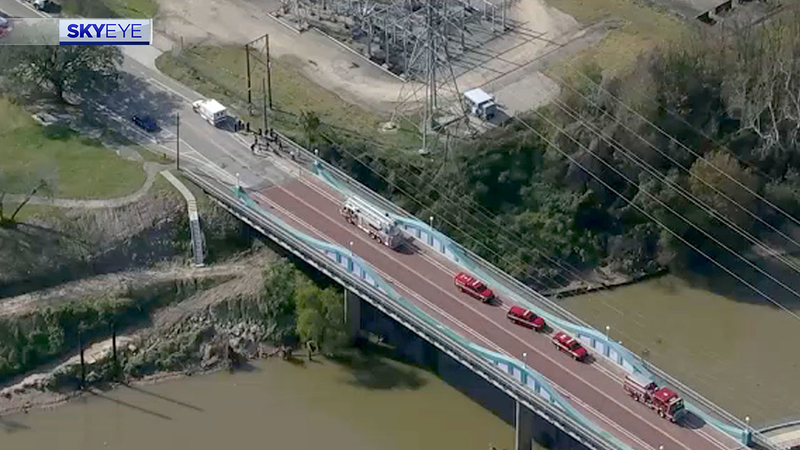 HOUSTON, Texas (KTRK) -- Houston Fire Department launched a boat to search for a person possibly in Buffalo Bayou after a homeless woman was pulled from the water Friday.

The initial call came in to authorities shortly before 11 a.m. EMS crews responded to James Bute Park, near McKee and Burnett Street.

@HoustonFire is on scene near McKee and Burnett St. at Buffalo Bayou, after receiving reports of a swift water rescue. One civilian has been rescued. @HoustonFire rescue team are actively deploying boats to ensure no other victims are in the water. PIO on scene. @FireChiefofHFD

A spokesperson with the Houston Fire Department says a homeless woman was rescued. She told officials there may be a second person in the water as well.