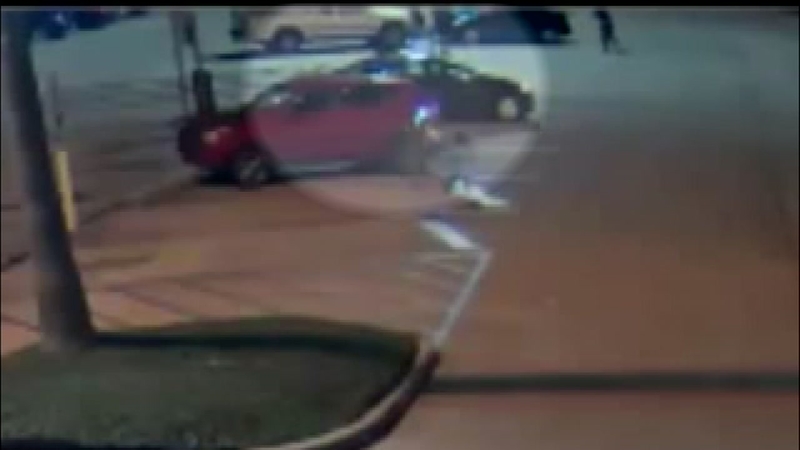 HOUSTON, Texas (KTRK) -- A Clear Lake man tried to fight back with pepper spray against two robbers and the attack was caught on camera.

Houston police released video of that attack from Aug. 30. The 33-year-old victim was leaving a Kroger on El Camino Real when one robber confronted him and the other pushed him from behind. The shove forced him to drop everything in his hands including his keys. He reached for his pepper spray from his pocket.

"I bought this bottle to use it and these guys signed up. They signed up," said the victim who asked to remain anonymous. "I have pepper spray, might as well use it."

The robbers appeared distracted but still managed to get his keys and steal his car, which has not yet been recovered. It's a black 2014 Ford Focus.

Now armed with a new canister of pepper spray, he fears it could have been worse, if he hadn't had a plan.

"I think I responded very quickly and I tried to do the best job I could," he said. "I'm not the type of person who is going to be your victim. I'm a fighter."